World Food Prices Drop for the First Time in a Year

World Food Prices Drop for the First Time in a Year

World food prices declined for the first time in 12 months in June, driven by falling prices for vegetable oils, cereal grains and dairy products. This was reported by the Food and Agriculture Organization (FAO) of the United Nations (UN) on Thursday (8/7). 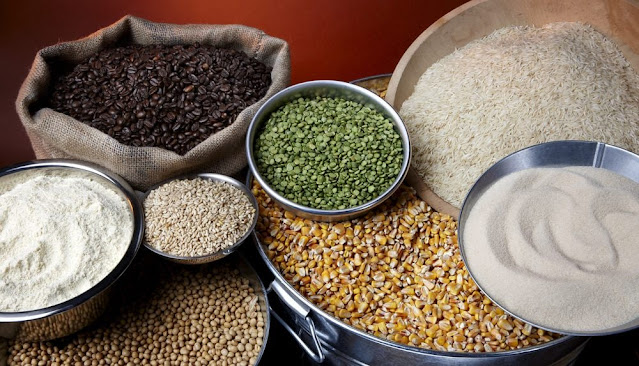 UMMATIMES - The Rome-based FAO also said in a statement that the world's cereal grain harvest would reach 2.817 billion tonnes in 2021, slightly lower than previous estimates, but still set to hit an annual record. The FAO food price index, which measures monthly changes for a basket of cereals, vegetable oils, dairy products, meat and sugar, averaged 124.6 points last month versus a revised 127.8 in May. Previously, the May figure was written at 127.1.
On a year-on-year basis, prices rose 33.9 percent in June. The FAO vegetable oil price index fell 9.8 percent in June, partly due to a drop in palm oil prices, which were hit by expectations of rising output in major producers and a lack of import demand. new.
Soybean and sunflower oil prices also fell. The cereal price index fell 2.6 percent in June on a month-on-month basis, but was still up 33.8 percent on a year-on-year basis. Corn prices fell 5 percent, partly due to higher-than-expected yields in Argentina and improved harvest conditions in the United States.
International rice prices also fell in June, hitting a 15-month low, as high shipping costs and container shortages continued to limit export sales, FAO said. Dairy prices fell 1 percent on a monthly basis, with all components of the index easing. Butter was the biggest loser, hit by a rapid decline in global import demand and a slight increase in inventories, particularly in Europe.
The sugar index registered a 0.9 percent gain on a month-on-month basis, hitting its highest level since March 2017. The FAO said uncertainty over the impact of unfavorable weather conditions on crop yields in Brazil, the world's biggest sugar exporter, was pushing prices up. The meat index rose 2.1 percent from May, with prices for all types of meat rising as increased imports by several East Asian countries offset a slowdown in meat purchases in China.
The FAO said the slight decline in its forecast for world cereal production this year was mainly triggered by a sharp cut to Brazil's corn production forecast as a prolonged period of dry weather weighed on yield expectations. The outlook for global wheat production is also down this month, as dry weather in the Near East undermines the outlook for yields there.
On the other hand, the forecast for global rice production in 2021 is a slight increase. The forecast for world cereal utilization in 2021/2022 was cut by 15 million tons from the previous month to 2.810 billion tons, a figure that is still 1.5 percent higher than in 2020/2021. World stockpiles of cereal grains towards the end of the 2021/2022 season are now expected to rise above their opening levels for the first time since 2017/2018.
"The expected higher corn stockpiles in China account for the bulk of the upward revision in world cereal inventories this month," the FAO said.