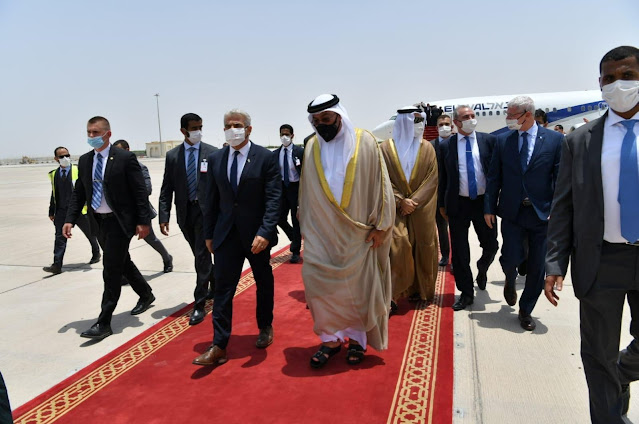 UMMATIMES - "My warmest greetings to the ambassador Khaled Yousef al-Jalahmah who took the formal oath in front of His Majesty King Hamad bin Isa, the king of Bahrain, and will soon arrive in Israel as ambassador to the Kingdom of Bahrain," Lapid said on his personal Twitter account. Al Araby page, Friday (2/7).
Lapid views this as an important step in strengthening relations between Israel and Bahrain. The United Arab Emirates (UAE) and Bahrain have normalized diplomatic relations with Israel in August last year.
This was achieved following the mediation of the administration of former US president Donald Trump. The historic normalization agreement is known as the Abraham Accords.
Under the normalization agreement, Bahrain and the UAE agreed to open direct flights to and from Israel. The parties also agreed to open embassies in their respective countries. Israel's normalization with Bahrain and the UAE is a major blow to the Palestinian independence struggle.
Palestine, which has always received full support from Arab countries, views the normalization agreement as a stab in the back. In addition to Bahrain and the UAE, the Trump administration helped Israel reach similar deals with Sudan and Morocco.