The Yemeni army managed to shoot down two drones belonging to the Houthi rebels in Marib province on Thursday. 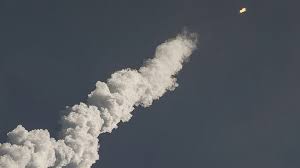 UMMATIMES - "The air defense of Yemeni army forces managed to shoot down 2 drones of the Iran-backed Houthi militia in western Marib," the Yemen Armed Forces Media Center said on Twitter.
There was no comment from the Houthi group on the shooting.
The Houthis have intensified their attacks on Marib, which is one of the most important strongholds of the Yemeni government, since February.
Yemen has been beset by violence and chaos since 2014, when the Iran-aligned Houthi rebels overran much of the country, including the capital Sana'a.
The crisis escalated in 2015, when the Saudi-led coalition launched an air campaign aimed at restoring the Houthis to territorial control.