Azerbaijan's Defense Minister Colonel General Zakir Hasanov ordered the army to prepare for a possible Armenian attack. Hasanov asked the soldiers to be ready for the provocation of the Armenian border in light of recent developments in the Kalbajar region. 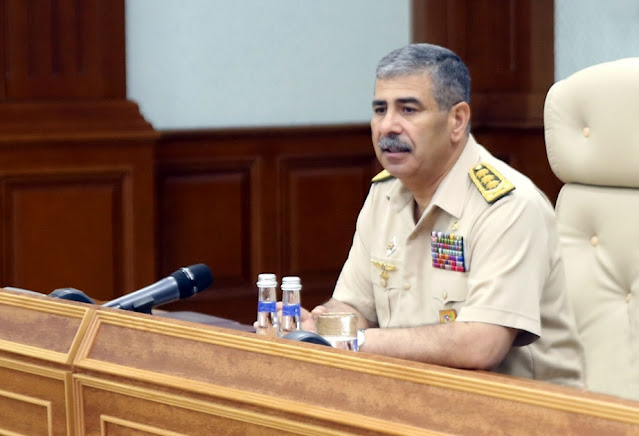 UMMATIMES - "We must prepare for any immediate suppression of fire from the Armenian side of the border," Hasanov called at an official meeting held at the Central Command Post, quoted from the Yeni Safak website, Monday (2/8).
Armenian troops again violated the ceasefire agreement and opened fire on Azerbaijani positions in the Kalbajar region on Thursday last week. Relations between the former Soviet republics have been strained since 1991, when the Armenian military occupied Nagorno-Karabakh, also known as Upper Karabakh, an internationally recognized territory as part of Azerbaijan, and seven adjacent territories.
New clashes erupted last September and ended on November 10 with a Russian-brokered ceasefire. During the 44-day conflict, Azerbaijan liberated several cities and nearly 300 settlements and villages from Armenian occupation for nearly three decades.