Tunisia's Interior Ministry has placed politician Anouar Maarouf under house arrest. Maarouf is one of the most influential figures in the Ennahda Party, the party known for opposing President Kais Saied's move to take power. 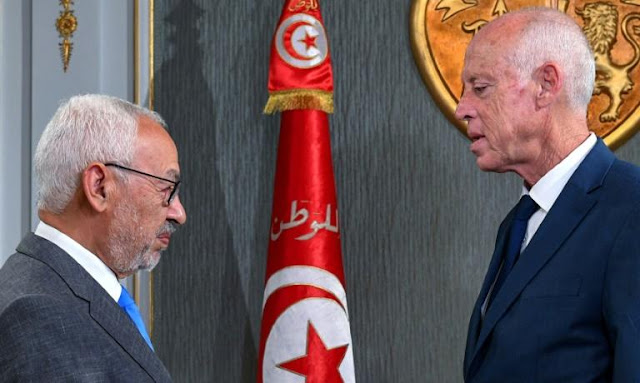 UMMATIMES - The news of Maarouf being under house arrest was conveyed by his colleague on Friday, August 6, 2021. Maarouf has reportedly been a target since President Saied dismissed the prime minister and temporarily suspended the Tunisian parliament on July 25, 2021. The Ennahda party called this a coup.
Maarouf in the period 2016 – 2020 served as Head of the Tunisian Ministry of Communications and Technology. The agency was suspected by President Saied of having encouraged a number of parties to try to manipulate it for personal gain.
"Anouar Maarouf received word from the authorities that he was under house arrest," said a source in the Ennahda Party.
The Ennahda party will appeal to the administrative court for this detention. Because this is an arbitrary decision that affects a person's rights to activities, travel and freedom of expression.
Tunisia's Interior Ministry declined to comment on this. Although President Saied's movement seems to have broad support, many questions have begun to emerge about the democratic transition in the last 10 years after the overthrow of an autocratic government in a revolution that provoked the Arab Spring in 2011.