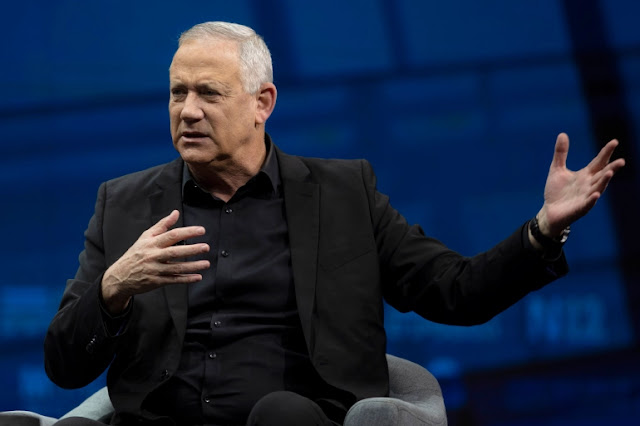 UMMATIMES - Benny Gantz's remarks came in an exclusive interview with the Israeli daily Yedioth Ahronoth published on Thursday.
"Iran seeks to pose a multi-dimensional challenge to Israel by building up its forces in Lebanon and Gaza, deploying militias in Syria and Iraq, and building up supporters in Yemen," Gantz said.
Defense Minister Gantz also held the Palestinians responsible for last Wednesday's rocket fire from Lebanon.
On Wednesday, the Israeli army announced that three missiles were launched from Lebanon towards northern Israel, and one of them landed on Lebanese territory.
Israel responded to the missiles by launching air strikes on targets in southern Lebanon.
On Wednesday, Gantz said at a conference hosted by Israel's Foreign Ministry with ambassadors of the UN Security Council members that Iran would only need "about 10 weeks" to procure the materials needed to build a nuclear weapon.
He also accused Saeed Ara Jani, head of Iran's Revolutionary Guards' drone division, of being behind the attacks in the Persian Gulf.
Israel accuses Iran of last week's drone attack on the MV Mercer Street, which killed Britons and Romanians. Iran has denied responsibility for the attack.