Japanese media reported that the case of Corona virus infection in the country of Sakura had crossed over 1 million. The number of cases of infection soared in Tokyo, which is hosting the Olympics and other urban areas. Meanwhile, the government has not managed to contain the spread of the Delta variant of the Corona virus. 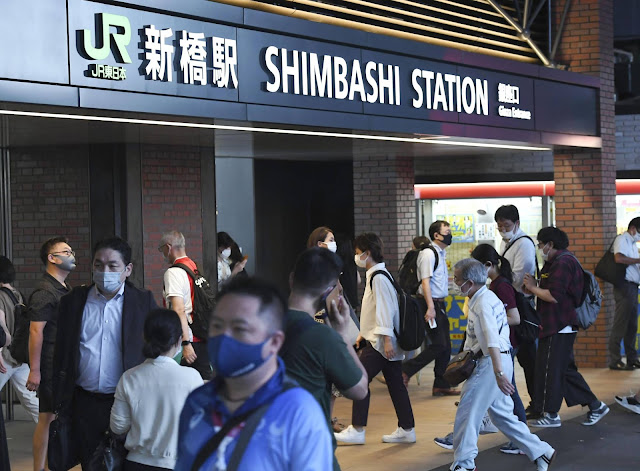 UMMATIMES - The number of Covid-19 infection cases in the capital Tokyo on Friday (6/8) was 4,515, the second record after Thursday (5/8) yesterday which was 5,042 cases. Meanwhile, Kanagawa prefecture saw a surge of more than 2,000 cases, four times from the previous two weeks.
The daily number of infections in the western largest city, Osaka, also broke a record with 1,310 cases. This indicates the petogen is spreading rapidly outside Tokyo. The total number of infection cases since the start of last year's pandemic is already above one million. Erase Japan's early success in reducing the number of infection cases.
When the spread of cases moves quickly from the capital to other areas. Prime Minister Yoshihide Suga's tone cautiously extended the state of emergency to the entire country. "We need to consider local conditions, each region can take its own policy," Suga told reporters in Hiroshima.
Suga attended a ceremony celebrating the 76th anniversary of the atomic bombing that hit Hiroshima. The worsening health crisis will add to the pressure on Suga who will face general elections in October.
Suga also said the decision on whether to have spectators at the Paralympic Games from August 24 to September 5 would be taken at the end of the Olympics on August 8. The prime minister said he thought the Olympics had not contributed to the surge in positive cases.