North Korea has expressed dismay at South Korea's decision to resume joint military exercises with US troops which are held annually in the spring and summer. 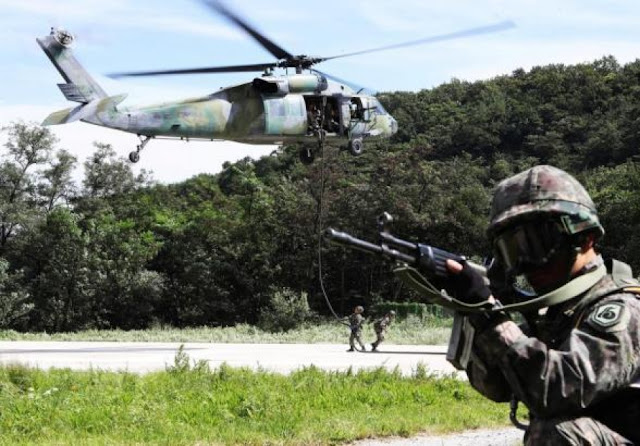 UMMATIMES - "I consider this move to undermine the will of the leaders of the North and South who want to build mutual trust to restore North-South relations," said Kim Yo Jong, the sister of North Korean leader Kim Jong-un.
Kim Yo Jong served as deputy director of the Central Committee of the Workers' Party of Korea.
However, Seoul said it was "still discussing with the US side the joint military exercises" planned for later this month.
"The decision on military exercises will be mutually agreed between South Korea and the US," said South Korean Defense Ministry spokesman Boo Seung-chan.
The warning from Pyongyang comes as the North and South are restoring cross-border lines of communication that were cut off since last June.
“If we look back over the past three years, North-South relations underwent unwanted changes, twists, and fluctuations and edged into crisis even though the top leaders of the North and South had held hands and made important agreements as a joint declaration, ' said Kim's sister.
Earlier, North Korea's state-run Korean Central News Agency said the decision to restore communication channels reflected Korea's desire to forge better relations and that the leaders of the two countries had "agreed to make great strides in restoring mutual trust and promoting reconciliation".
"In fact, in my opinion, the restoration of communication lines should not be considered more than just a physical connection," said Kim.
North Korea cut communications with South Korea and also blew up an inter-Korean liaison office along the border in June 2020.
“We have never discussed joint military exercises at such a critical time as now. We will continue to monitor developments," he added.
Earlier this year, South Korea's president reiterated his desire to resume dialogue with Pyongyang.