The United States won their 16th Olympic gold medal in men's basketball on Saturday, while the men's baseball team were hoping to bring home gold to the sport's birthplace in the final against hosts Japan. 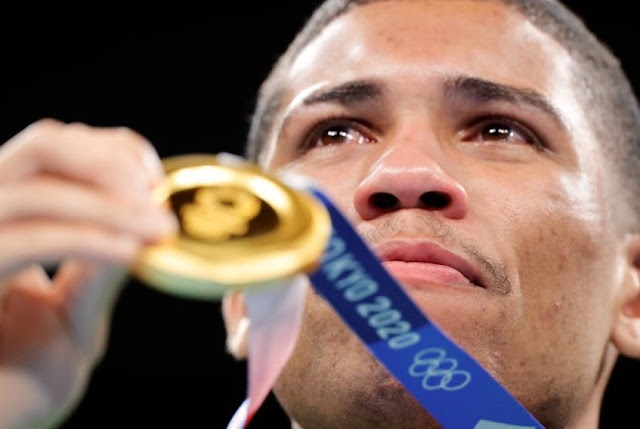 UMMATIMES - At the Saitama Super Arena north of Tokyo, the U.S. won its fourth straight basketball gold, beating France 87-82 after losing two straight exhibition games in July and suffering a shock defeat to the eventual silver medallists in the preliminary round.
The men's canoe single 1,000 metres at Tokyo's Sea Forest Waterway was dominated by Brazil's Isaquias Queiroz dos Santos, the silver medallist in Rio.
In the boxing ring, his countryman Sousa burst into wild celebration after knocking out Ukrainian Oleksandr Khyzhniak with a fierce left, turning around a fight he had all but lost to win Brazil's second-ever Games gold in the sport.
Britain's Galal Yafai and Bulgaria's Stoyka Zhelyazkova Krasteva won the first boxing golds for their countries at the Tokyo Games after dominant displays in their flyweight finals.