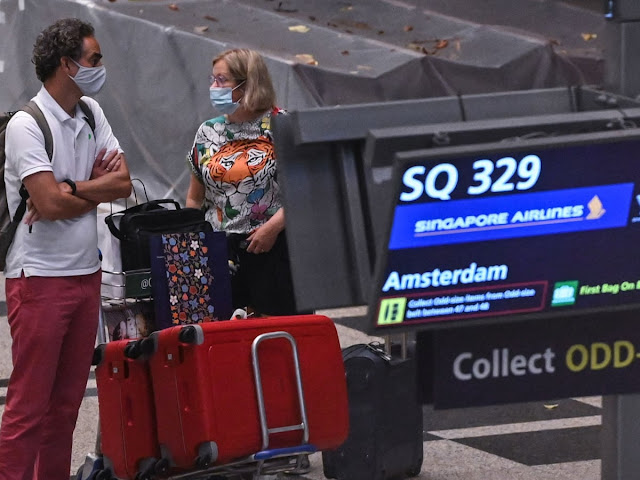 Ummatimes - “AY 4.2 variant. which have been found in a number of countries in Europe have been identified in Israel,” the Israeli Ministry said as reported by Arab News on Thursday (21/10).
Israel's Ministry of Health said an 11-year-old boy who arrived from Europe had become a carrier. The case was identified at Tel Aviv's Ben Gurion airport. The child was quarantined. Meanwhile, Israel's Ministry of Health said no further contact had been found.
Variant AY 4.2. has appeared several times in the UK. Following the variant meeting, Israeli Prime Minister Naftali Bennett immediately held an emergency meeting on Wednesday with Health Ministry officials and announced that Israel would take steps mainly to maintain the positive results in recent times from the fight against the virus.
Bennett requested that epidemiological investigations of the new variant be supported. In addition he asked to establish relations with other countries where the sub-variant has been detected. Israel is also considering changing entry requirements for visitors.
Francois Balloux, professor of computational systems biology at University College London, said the subvariant was rare and did not appear to pose the same risk of significant increased transmission as other strains. The variant was discovered as Israel considered easing tourism restrictions following a decline in cases.
Israel's plans to reopen the border have foundered amid rising cases of the Delta variant. In late August and early September, new cases hit 11,000 per day. Authorities launched an aggressive campaign to vaccinate citizens with a third vaccine, the Pfizer-BioNTech vaccine.