A total of 12 European countries on Thursday (28/10) urged Israel to abandon plans to build 3,000 new settlement units in the occupied West Bank. The statement came a day after the United States condemned the plan.
Ummatimes - "Germany, France, Belgium, Spain, Italy, Poland, Sweden, Norway, Finland, Denmark and the Netherlands, said in a joint statement, 'We urge the Israeli government to immediately reverse its decision (to resume construction)'," a foreign ministry spokesman said. countries from 12 countries were reported from Gulf Today, Friday (29/10).
"We reiterate our strong opposition to the policy of expanding settlements in all the occupied Palestinian territories, which is a violation of international law and undermines efforts to achieve a two-state solution, both Palestinian and Israeli," they continued. 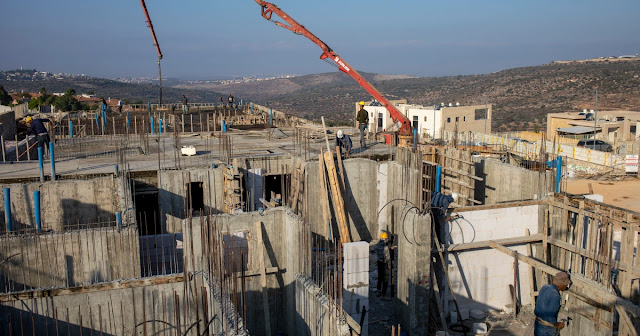 Israel on Wednesday issued building permits including Jewish settlements in the north and south of the West Bank. The United States had criticized this initiative even before the construction was approved by Israeli authorities.
US State Department spokesman Ned Price said that settlement expansion "totally contradicts efforts to reduce tensions and ensure calm, and undermines prospects for a two-state solution."
About 475,000 Israeli Jews live in settlements in the West Bank that are considered illegal under international law.
The 12 European countries called on the Israeli and Palestinian sides to continue their efforts to enhance cooperation and reduce tensions.