290 million Japanese government free masks, it turns out that 83 million are still stored in warehouses

When the Japanese National Accounting Audit Office investigated cloth masks including the so-called "Abenomask" which the government distributed free to all households and welfare facilities as a precaution against the new coronavirus, it turned out that about 30% of the total 290 million pieces or 87 million masks were still in storage. at warehouse.
Ummatimes - "The masks purchased by the Japanese government turned out to be 83 million pieces (equivalent to about 11,510 million yen) which were not distributed and stored in warehouses until the end of March 2021," said a source at the audit agency.
The storage cost is said to be around 600 million yen from August last year to March this year.
Responding to the scarcity of masks due to the spread of the new corona virus infection, the government procured and distributed around 130 million cloth masks for all households after April 2020 as a policy of Prime Minister Shinzo Abe at the time. 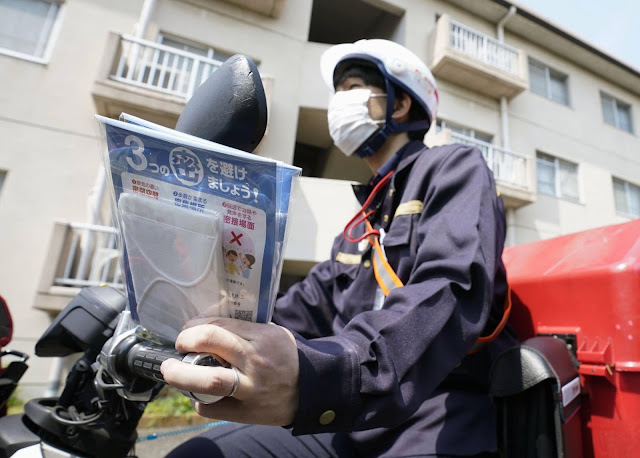 Despite being called Abenomask, defective products such as dirt are shown on the cloth masks that are distributed, causing problems as suppliers collect and inspect parts that are not distributed.
In addition, from March to September of the same year, a total of about 160 million copies were obtained and distributed to welfare facilities such as long-term care facilities and pregnant women.
When the Japanese audit agency (BPK) investigated these cloth masks, about 4 million cloth masks for all households and about 79 million for welfare facilities and pregnant women, a total of about 83 million, were not distributed and are still being stored in warehouses.