More than 40 American organizations, including the Jewish Voice for Peace, launched the "No Tech For Apartheid" campaign. 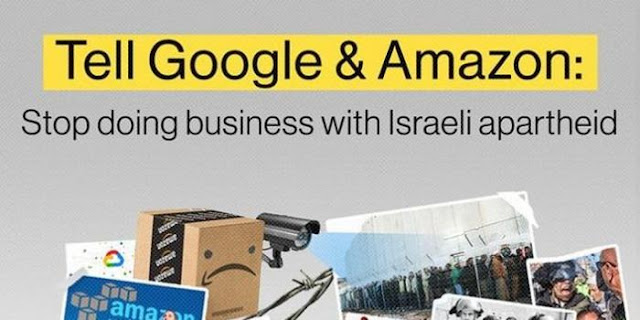 Ummatimes - The move was in response to open letters from more than 500 Amazon and Google employees urging the companies to cancel their contracts with the Israeli military.
Reporting from Wafa News, Saturday (23/10), when Israeli bombs destroyed Gaza last May, Amazon Web Services and Google Cloud executives actually signed a contract to secure Project Nimbus. A contract 900 million dollars to build cloud infrastructure for the Israeli military.
The No Tech For Apartheid campaign is believed to strengthen the efforts of conscientious people around the world to disrupt Israel's profiteering and build on similar successful campaigns in the past targeting other tech giants such as Microsoft and Facebook.
“When executives at technology companies benefit people by signing billion-dollar contracts with the apartheid government, it is our responsibility to fight back. Building a better world means none of us can be free until Palestine is free. By putting pen to paper and signing it, Amazon and Google executives chose to streamline apartheid and enable surveillance, criminalization and destruction of Palestinian life,” explains Campaign Manager, MPower Change.
“Amazon CEO Andy Jassy and CEO Sundar Pichai chose to be on the right side of history over colonialism, ethnic cleansing, and human suffering from the United States to Palestine. We say no more technology for a violent country," he added.
According to him, Google and Amazon workers say they don't want their labor to be used to defend apartheid and the Israeli occupation. They use their labor force to fight contracts with governments that are guilty of apartheid and crimes against humanity.
"We must support and join their efforts to terminate this contract," said Sumaya Awad, Director of Strategy and Communications, Is Justice Project.