The head of the African Union Commission, Moussa Faki Mahamat, has spoken out against the coup attempt by the Sudanese military. He urged the country's political leaders who were arrested and detained to be released.
Ummatimes - Faki in his statement on Monday (25/10) said talks between the military and the civilian wing of the transitional government should continue. He also asked for human rights (HAM) there to be respected. 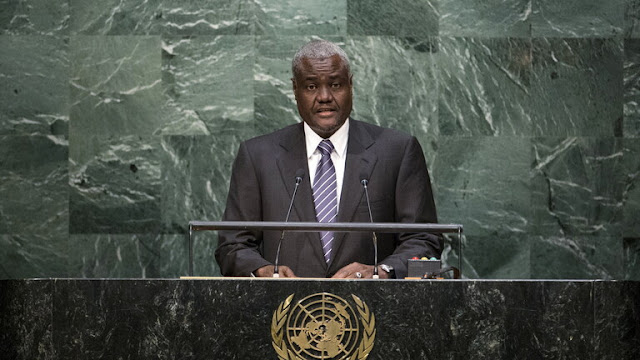 The Sudanese military has arrested and placed Prime Minister Abdalla Hamdok under house arrest. This happened after Hamdok refused to support the military coup.
Sudan's Ministry of Information said the military moved Hamdok to an unknown location. Sudan's Ministry of Information said the country is currently facing a full military coup.
The Sudanese Ministry of Information calls on the people to defend their revolution. The people were also called upon to stop the military's efforts to block the country's democratic transition. "We invite everyone to continue the march until the coup attempt is thwarted," he said.
In April 2019, the Sudanese military launched a coup against the government of former prime minister Omar al-Bashir. He was ousted after reigning for 30 years. The Sudanese people rejoice over the fall of Al-Bashir. He is currently in prison in Khartoum.
After being ousted, the people demanded that the transitional government be purged of elements of Al-Bashir. After that, Sudan was run by a joint civil-military transitional government. The government is set to rule for three years. After the transition period ends, Sudan will hold elections and form a new government.