Former Argentine President Mauricio Macri on Tuesday (19/10/2021) returned to his country after visiting the US and Qatar. The reason is, the president who served for the 2015-2019 period was summoned by the prosecutor's office because he was accused of being involved in an espionage case. 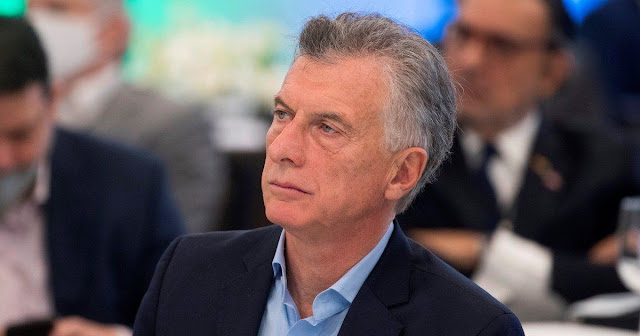 Ummatimes - Prior to this problem, Macri had also been accused by the Bolivian government of being involved in a scandal over the delivery of anti-riot weapons in his country. This indicates that he was also involved in cases of human rights violations in the Bolivian coup in 2019.

1. Macri refuses to appear in the prosecutor's summons

On Wednesday (20/10/2021) Judge Martin Bava summoned Mauricio Macri to appear in court the next day. This is related to the alleged espionage of 44 families of victims of the ARA San Juan submarine that sank in November 2017.
Quoted from France24, Macri is known to have refused and failed to attend a trial invitation from the Argentine Prosecutor's Office. "I will not be present until the matter that my lawyer is dealing with is raised and resolved to secure me in this process and defend me in court," Macri tweeted.
In addition, the 62-year-old president also refused to be involved in the scandal and said, "I have nothing to do with this case. I have never wiretapped and ordered someone to do this to the families of the victims."
On the other hand, Bava rejected Macri's statement and said, "Macri's statement is invalid and this summons is based on a real evaluation and process based on facts on the ground," said Bava, quoted from the Global Times page.

2. Macri's allegation of being involved in a wiretapping case is based on the victim's testimony

Reported from France24, the allegation of the wiretapping case carried out by Macri is based on information from all family members of the victims of ARA San Juan. They told investigators they had been followed, bugged, recorded, and intimidated into leaving claims related to the incident.
Meanwhile, Macri is accused of being the mastermind behind this espionage and ordering someone to carry out this stunt. In this case, Macri could get a prison sentence of between three and 10 years for violating Argentina's intelligence law.
In addition to Macri, intelligence chiefs Gustavo Arribas and Silvia Majdalani were also accused of illegally wiretapping the families of the victims. Even though at that time, the victim's family only wanted to know the condition of their relatives who were on the ARA San Juan submarine, quoted from the Buenos Aires Times.

3. Macri's lawyer ensures that his client will appear in court

Quoted from DW, Macri's lawyer, Pablo Lanusse confirmed that his client would attend the investigation. "We will definitely go there. The first trial of the investigation into Mauricio Macri will be held on October 28," said Lanusse.
The Prosecutor's Office had summoned Macri since October 7, but he refused because he was traveling to the United States and resuming his trip to Qatar. Then the judge extended the granting of the postponement of this summons.
On the other hand, this case began when the submarine ARA San Juan sank in the South Atlantic Ocean in November 2017 and killed all 44 crew members. But the ship was never found, until a year later it was found at a depth of 900 meters below sea level.