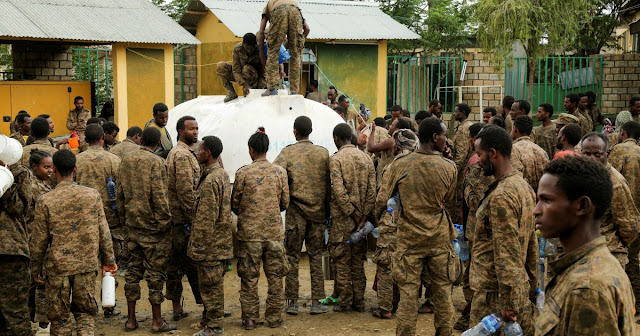 Ummatimes - The raid was the third major attack this year in Nigeria. In a statement, the prison said the heavily armed group exchanged fire with prison security officers.
The group, the prison said, broke into the gates of the prison yard by blowing up the walls with dynamite.
A total of 575 detainees, all of whom are awaiting trial, are missing and another 262 who have escaped have been arrested again, the prison said.
The penitentiary said that the prison had only 65 inmates. The prisoners did not escape.
"While all prisoners awaiting trial were forced out of custody, the cells inhabited by female inmates and prisoners were not damaged," the prison said.
Nigeria is grappling with security issues across its vast territory, including the kidnapping of schoolchildren by criminal gangs in the northwest demanding ransom.
Insurgency by a hardline group in the northeast is also a major problem for the country.
The attack on the Oyo prison comes after a similar attack surfaced in Imo State in April. A total of 1,800 prisoners were released in the raid.
In Kogi in September, 266 prisoners were forcibly released when the prison was raided.