Australia has confirmed it will lift a ban on its citizens traveling abroad without permission. The move comes after Australians spent 19 months under the world's strictest border rules in a bid to contain Covid-19.
Ummatimes - The Australian government said that from 1 November people would no longer need an exemption from leaving the country, provided they were fully vaccinated. The rules apply only to eligible Australians, but some rules for foreigners will be relaxed soon.
"Before the end of the year, we anticipate welcoming skilled workers and international students who are fully vaccinated," Home Secretary Karen Andrews said in a statement. 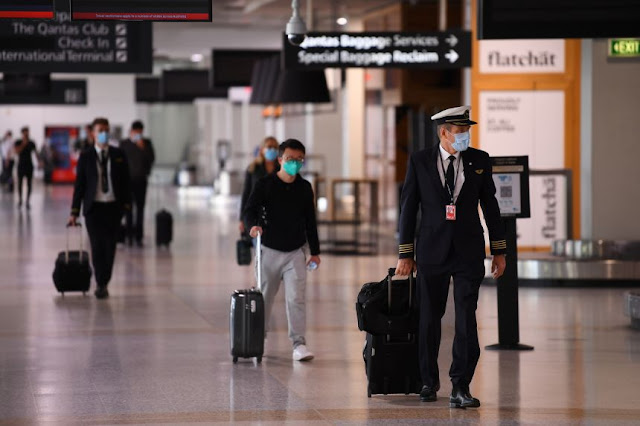 Prime Minister Scott Morrison has predicted the reopening of Australia's borders, saying it is time to get Australian lives back. This was welcomed by Australians and others globally. Many have spent long periods of time apart from loved ones.
"But I was sure the border had reopened when I saw it and heard stories of stranded Australians coming home unhindered," Amy Hayes, a resident of the UK, told the BBC earlier this month.
The surge in vaccinations has allowed several Australian states to end their strategy of eliminating all cases. Morrison said Australia was 'very close' to agreeing to a travel bubble with Singapore.
On Tuesday, the Asian city-state said it would allow fully vaccinated Australians, permanent residents and their families to enter without quarantine from November 8. But states like Queensland and Western Australia have threatened to close their borders until vaccine levels are higher.
Currently, people can leave Australia - which has recorded more than 160,000 Covid infections and 1,653 deaths - only for extraordinary reasons such as important work or visiting a dying relative. Entry is permitted for citizens and others with exceptions, but there are strict limits on the number of arrivals. This left tens of thousands of people stranded overseas.
Australians under 12 years of age will be exempt from the new vaccination requirements for travel. All unvaccinated travelers still need an exemption and must be quarantined for 14 days at the hotel on return.