Bangladesh is taking steps to increase security at Rohingya shelters amid reports of crime and killings in Cox's Bazar refugee camp. Speaking to reporters, Bangladesh Home Minister Asaduzzaman Khan Kamal announced the authorities had taken the decision during a meeting of Myanmar's National Committee for Coordination, Management and Law Enforcement (Rohingya) at the Secretariat in Dhaka on Thursday. 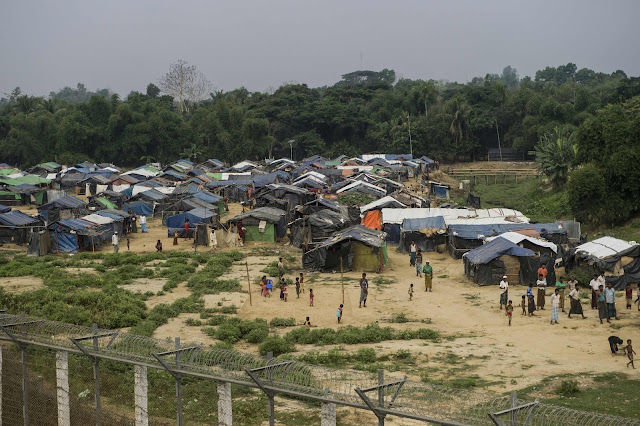 Ummatimes - "The government is holding discussions with all relevant parties and stakeholders to ensure law and order and overall security inside the Rohingya camps in Cox's Bazar and Bhasan Char," Kamal said.
Surveillance will be stepped up to curb the entry and sale of drugs in Rohingya camps. Border patrols will be stepped up to prevent drug smuggling. Surveillance on the Naf River, the only cross-border river between Bangladesh and Myanmar, will be strengthened, he added.
Construction of barbed wire fences at the camps is in the final stages and there are several watchtowers in the camps to monitor movement.
Bangladesh is making efforts in international forums to speed up the repatriation process of Rohingya. "Several people involved in the killing of Rohingya leader Mohibullah have been arrested," Kamal added.
Mohibullah was shot and killed by unidentified perpetrators at the Kutupalong refugee camp in Cox's Bazar earlier this month. Bangladesh hosts 1.2 million Rohingya in refugee camps in the southern district of Cox's Bazar who fled Myanmar's Rakhine state after a brutal military crackdown in August 2017.
And Bangladesh relocated more than 20,000 Rohingya refugees to Bhasan Char island last December and will relocate another 80,000 soon after signing a deal with the United Nations to facilitate refugees on the island.