The former captain of the England football team, David Beckham, was chosen by the Qatari government as a cultural ambassador. The value of the contract signed by Beckham reached 206.5 million US dollars.
Ummatimes - The ten-year deal came after Beckham flew to Doha earlier this month. In addition to promoting Qatar's tourism and culture, Beckham's face will also be displayed as the face of the Qatar 2022 World Cup.
Unfortunately, not a few parties oppose the contract, citing Qatar's track record as a country that is not human rights friendly, including discrimination against foreign workers and the LGBTQ community.

1. Beckham's response to the rejection

"It is not surprising that David Beckham would want to be involved in such a big football event. But we would urge him to learn about the human rights situation in Qatar and be prepared to talk about it," said Sacha Deshmukh, Amnesty International's Interim CEO.
Responding to various objections, Beckham's spokesman argued, his boss is actually using the power of football to bring good on various levels.

2. The Qatari government is considered indifferent to human rights

Deshmukh then exposed a number of rights violations committed by Qatar, including the criminalization of same-sex relations, restrictions on freedom of speech, and discrimination against foreign workers.
“While there are some welcome reforms, (but there are still) migrant workers who are left unpaid. "Authorities have failed to investigate thousands of deaths in the past decade, despite evidence of a link between premature deaths and unsafe working conditions and extremely hot weather," Deshmukh said.

Human Rights Watch previously reported that employers in Qatar often do not pay workers wages. They are also worried about the COVID-19 pandemic situation which is worsening the lives of migrants who are already vulnerable. 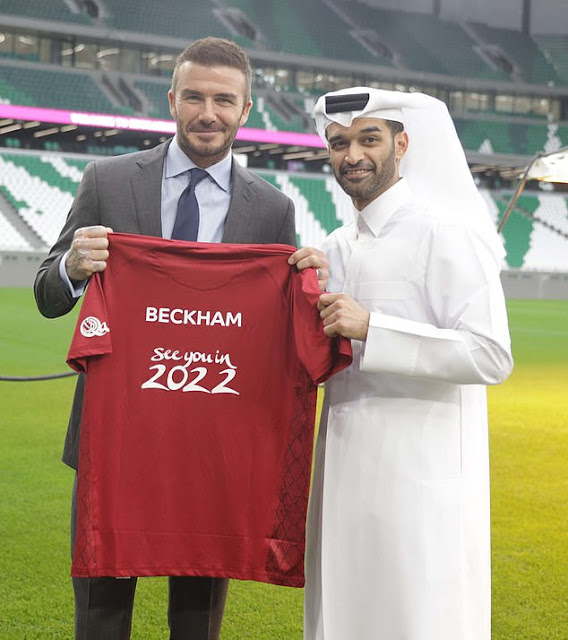