Residents of Beijing City were overshadowed by a new wave of the Delta variant of Covid-19 after four positive cases were found on Friday, October 22, 2021. 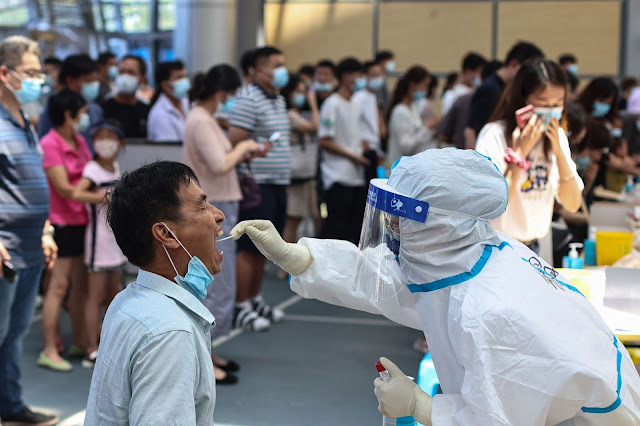 Ummatimes - As a result of the discovery of the new case, 194 close contacts were immediately quarantined, the Beijing Health Commission said.
The four new patients are in Changping District who have a history of traveling to three moderate-risk provinces, namely Inner Mongolia, Ningxia, and Shanxi.
They returned from the three provinces by car on October 12-15.
After traveling from Inner Mongolia, they did a PCR test on Thursday (21/10) which came back positive. The second test on Friday was also positive, the Health Commission said.
Those who tested positive have been hospitalized.
The chairman of the Chinese Communist Party's Beijing Commission, Cai Qi, instructed the citywide tracking and monitoring of people who had visited the three provinces.
Beijing authorities are working to step up emergency response and track down people who have visited medium and high risk areas in the past 14 days.
With the four additional cases, Beijing currently has six positive cases of the Delta variant.
The previous two cases were residents of Fengtai District who had just returned from Gansu Province by train.
The two cases broke a record 69 days without a positive case of Covid-19 in the capital.
Inner Mongolia on Friday morning reported 30 new cases.
Changping District, which has been designated as a moderate risk area, provides six PCR test sites that can accommodate 34,700 residents.