Biden: US and Turkey must avoid crisis

Biden: US and Turkey must avoid crisis

US President Joe Biden said the US and Turkey needed to find a way to avoid the crisis. The two countries have clashed in recent times over Turkey's purchase of the Russian-made S-400 missile defense system.
Ummatimes - Biden and Turkish President Recep Tayyip Erdogan are scheduled to meet on Sunday (31/10) at the Group of 20 (G20) Summit. A senior US administration official who spoke on condition of anonymity said the two leaders discussed regional issues involving Syria and Libya.
Turkey's role as a NATO ally has come under intense scrutiny in recent weeks. On October 23, Erdogan said 10 foreign ambassadors should be declared persona non grata or expelled from Turkey. The expelled diplomats include the US, France and Germany. The reason for the expulsion was because the ambassadors had issued statements regarding efforts to resolve the case of Osman Kavala, a businessman who has been in prison since 2017.
"I cannot honestly say that there is a healthy process in Turkish-American relations," Erdogan was quoted as saying by Anadolu Agency last September. 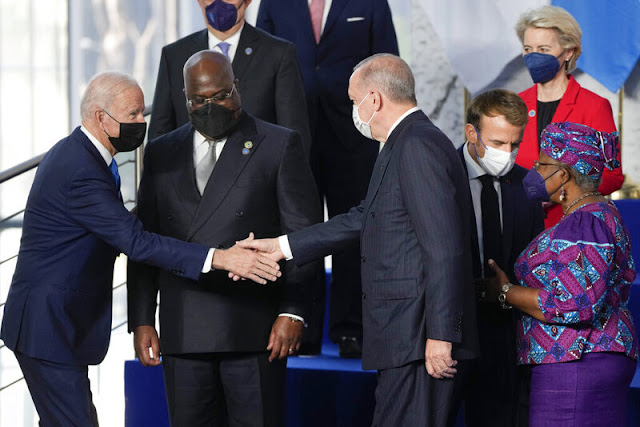 President Erdogan made clear he was open to buying Russian missile systems. In a September interview with CBS News, Erdogan said his country was not given the option to buy American-made Patriot missiles. He also said the US had not yet delivered the F-35 stealth jets despite Turkey's already making payments worth US$1.4 billion.
The US removed Turkey from the F-35 program and imposed sanctions on defense officials after purchasing the Russian-made S-400 missile defense system. The US strongly objected to the use of the Russian system within NATO because it poses a threat to the F-35. Turkey says the Russian-made S-400 missile system can be used independently without being integrated into NATO systems so it poses no risk.