China Cancels Hundreds of Flights Due to Corona Rise Again

China Cancels Hundreds of Flights Due to Corona Rise Again

Beijing airport canceled hundreds of flights on Friday, October 29, 2021 as travel rules tightened across China. This is to suppress the spread of the Corona virus ahead of the Winter Olympics held in the Bamboo Curtain country.
Ummatimes - The world's most populous country has kept the number of Corona infections much lower since early last spring. China adopts a zero-tolerance approach with closed borders, lockdowns and long quarantine periods.
However, Corona cases have increased again after the discovery of the spread among tourists. This led to a number of cities returning to lockdown, inter-provincial travel restricted and testing ramped up. 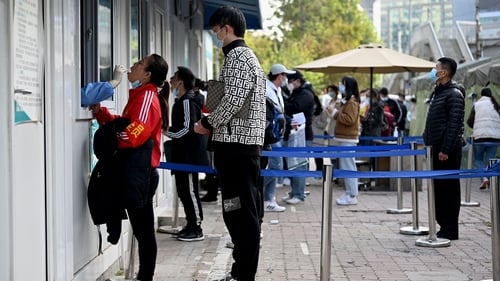 However, the number of Corona cases in China is very low compared to other countries. This Friday, only 48 new cases of infection were recorded with a total of less than 250 cases in the past week.
On Friday, queues on the streets outside a medical center in Beijing snaked. People do a test before going out of town.
Software developer Tu Anling, 24, said he needed a test before being allowed to take the train to Nanjing, a city 1,000km to the south. "I was originally going to meet friends here (in Beijing), but the outbreak made a lot of people suddenly cancel," he said.
Passengers of public transportation must show a negative test result before entering an area, especially those traveling from a city that has recently registered a new case.
Yesterday, the railway authorities ordered two high-speed trains bound for Beijing to stop. More than 450 passengers were tested after staff members were identified as close contacts of people infected with the coronavirus.