China says Taiwan has no right to join UN

China says Taiwan has no right to join UN

China, for the umpteenth time, has said that Taiwan has no right to join the United Nations (UN). The statement was made by Beijing one day after the United States (US) asked for international support, so that the country can be accepted into the United Nations.
Ummatimes - "The United Nations is an international government organization made up of sovereign states, while Taiwan is part of China," Ma Xiaoguang, a spokesman for the Taiwan Affairs Office in Beijing, said on Wednesday (10/27/2021), reported by Al Jazeera.
"Taiwan has no right to join the UN," he added.

1. The US asks the international community to support Taiwan

For information, Taiwan became a member of the United Nations representing the People's Republic of China until October 25, 1971. Since then, the United Nations has issued Taiwan's membership and replaced it with China.
On Tuesday (10/26/2021), US Secretary of State, Antony Blinken, regretted the international community's decision to isolate Taiwan's role on the global stage. 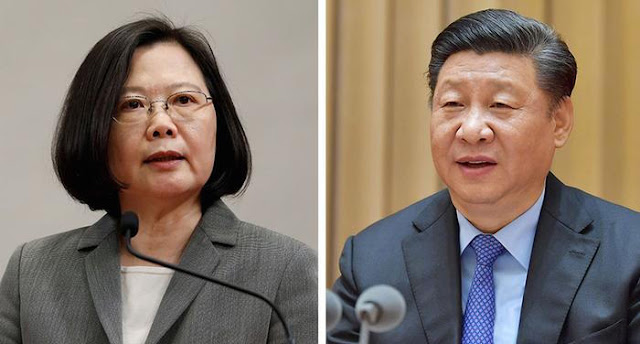 "Taiwan's meaningful participation in the UN system is not a political issue, but a pragmatic one," Blinken said.
"That is why we encourage all UN member states to join us, supporting Taiwan's strong and meaningful participation throughout the UN system and in the international community."
Washington itself does not have diplomatic relations with Taipei. In 1979, they transferred their recognition to Beijing. Since then, the White House has implemented a policy that is considered 'ambiguous', because it adheres to the one-China policy regime but still supports Taiwan.

Some observers fear US support will fuel a confrontation with China.
In recent months, China has regularly recorded record numbers of fighter jets flown near Taiwan. Beijing recently held a beach landing drill on the Taiwanese side of the Strait.
Taiwan's Ministry of Defense called the provocation by its neighbor the worst in 40 years.
A few days earlier, China also criticized the statement of US President, Joe Biden, who reiterated his commitment to protect Taiwan if any country invaded.
President Tsai Ing-wen welcomed Blinken's support in increasing Taiwan's participation at the international level.
“Grateful for #US support to expand #Taiwan international participation. We are ready to work with all like-minded partners, to contribute our expertise in international organizations, mechanisms & events,” Tsai wrote on her Twitter account.

3. An arms race with China is not Taiwan's goal

Regarding the current dynamics, Taiwan's defense authorities have stated that they have no interest in competing with China's military capacity. However, Taiwan promises to defend itself from all pressures, one of which is through the modernization of weapons and defense equipment.
China has embarked on a military modernization program by building new aircraft carriers and stealth fighters. On the other hand, Taiwan is also increasing its military budget to develop missiles and submarines.
In its report to parliament, Taiwan's Ministry of Defense described the situation in the Taiwan Strait as "severe and unstable".
"Taiwan will not engage in an arms race with the Chinese Communist military and will not seek military confrontation, (but) hopes for peaceful coexistence across the strait," the defense ministry said.
"But in the face of the Chinese Communist threat to our national security, we will do our best to defend our country's sovereignty and will never give up under pressure," he said.