China has urged the United States (US) to explain the incident involving the nuclear submarine USS Connecticut in the South China Sea (SCS).
Ummatimes - "China has repeatedly expressed concern over the incident and asked for clarification from the US," said Chinese Foreign Ministry (MFA) spokesman Zhao Lijian in Beijing, Tuesday (26/10).
But so far, his side has received no explanation except for the information he received that the incident did occur in the South China Sea. He urged the US to show a sense of responsibility by providing a detailed explanation of the incident as soon as possible so that the international community and countries in the region are satisfied. 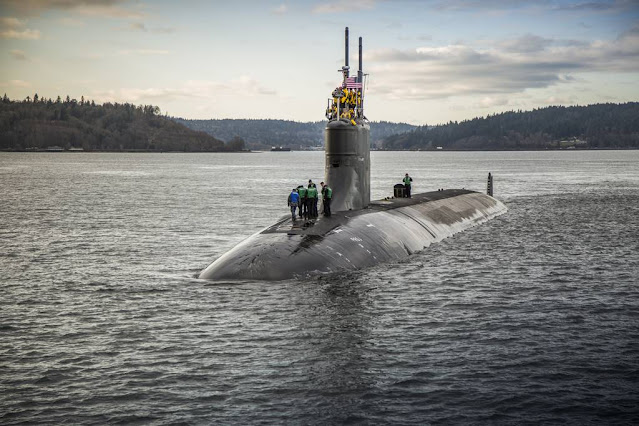 "What was the USS Connecticut secretly doing in the South China Sea? What did it collide with? Why did the collision occur? Was there a nuclear leak causing nuclear pollution in the vicinity?" Zhao said in response to the return of the USS Connecticut to the US Naval base in Guam.
The attack submarine USS Connecticut struck an unidentified object in the waters off the South China Sea on October 2. There were no fatalities in the incident, except for several crew members who suffered minor injuries. After the incident, the submarine returned to its base in Guam.