China's Foreign Minister, Wang Yi, urged the World Bank and International Monetary Fund (IMF) to continue financing support to cash-strapped Afghanistan for reconstruction.
Ummatimes - Since the Taliban took over the Afghan government in mid-August, billions of dollars in central bank assets have been frozen and international financial institutions suspended access to the funds. However, humanitarian assistance is still ongoing.
Reported by Reuters, the Taliban government began to run out of money. Many civil servants have not been paid and food prices have soared. Domestic conditions were exacerbated by a long drought and the COVID-19 pandemic.

1. China calls on donors and Western countries to lift sanctions on the Taliban

On Tuesday (10/26/2021), the IMF predicted that the Afghan economy would contract by 30 percent this year, a figure that is expected to trigger a refugee crisis. 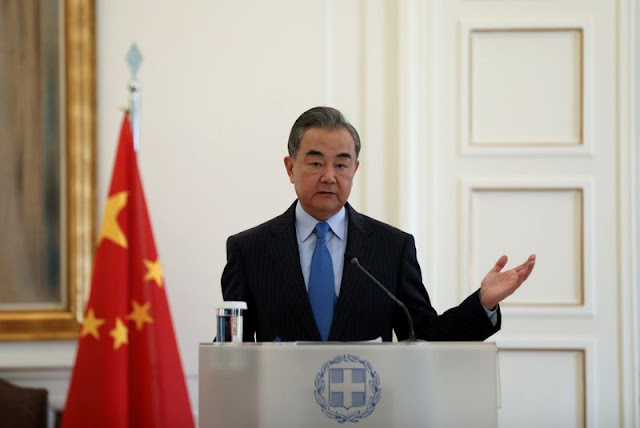 "Afghanistan needs revival on all fronts, and development is the top priority," Wang said, speaking via video link to the foreign minister of neighboring Afghanistan, Wednesday (27/10/2021).
In addition to international financial institutions, Beijing also called for the United States (US) and other Western countries to lift unilateral sanctions against Afghanistan. Thus, the aid they distribute can help the World Health Organization (WHO) to send more vaccines and medical supplies to fight COVID-19.

2. China says the Taliban wants to have dialogue with many countries

Previously, Wang Yi also said that the Taliban was eager to communicate internationally. However, many countries have restricted dialogue with the Taliban because they have not recognized the government now led by Prime Minister Mohammad Hasan Akhund.
China has reported sending US$30 million worth of emergency humanitarian aid to Afghanistan. On various occasions, China has called for the international community to get involved if it wants the Taliban to form an inclusive government, not just isolate it.
"My overall impression is that the Taliban are eager for dialogue and cooperation with outsiders, and they are serious about this," Wang said.

3. UN says 22.8 million Afghans are at risk of starvation

The United Nations (UN) has warned millions of Afghans, including children, could starve to death if humanitarian aid is not distributed immediately.
Executive Director of the United Nations World Food Program (WFP) David Beasley said, 22.8 million of Afghanistan's 39 million people face acute food insecurity. The number has increased from 14 million since two months ago.
"Children will die. People can starve. Things will get much worse," he said in Dubai, quoted by The Straits Times.
To help with the crisis in Afghanistan, WFP needs at least $220 million per month to feed 23 million people who are vulnerable to hunger as winter approaches.
"I don't know how you are going to lose millions of people, especially children, because of the economic collapse and (the program) we are running is underfunded. What we predicted happened sooner than expected. Kabul is falling faster than anyone expected and the economy as well," he continued.