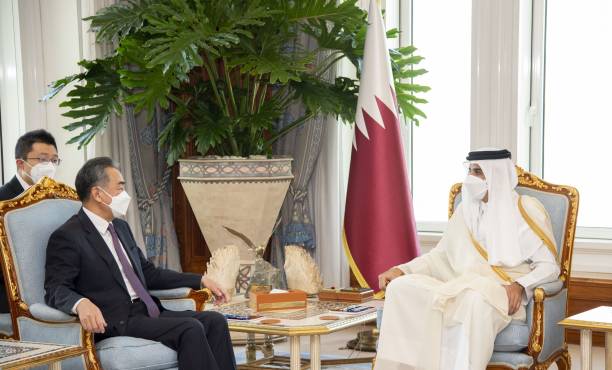 Balkhi added that the Afghan side, led by acting Foreign Minister Amir Khan Muttaqi, also asked China to provide educational opportunities for Afghan students to study in China.
"Minister Wang Yi welcomed the recent positive changes in Afghanistan and highlighted the historic China-Afghanistan relationship. He added that China will cooperate on the basis of the mutual interests of both countries and will not interfere in Afghanistan's internal affairs," Balkhi said.
In a separate statement, China's Foreign Ministry confirmed Wang and Baradar's meeting in Doha. The Chinese Embassy in Thailand issued a statement regarding the meeting.
In a statement, Wang said Afghanistan currently faces four challenges, namely a humanitarian crisis, economic turmoil, terrorist threats, and challenges in running the government. "China hopes that the Taliban in Afghanistan can demonstrate further openness and inclusiveness and unite all ethnic groups and factions in Afghanistan to work together in the reconstruction of peace," the Chinese embassy said in the statement.
"They must effectively protect the rights and interests of women and children, adopt policies that are friendly to neighboring countries, and build a modern state that is in accordance with the wishes of the people and according to the times," they added.
Wang said China has always respected Afghanistan's sovereignty, independence and territorial integrity. China also supports the independence of the Afghan people in determining their own destiny and development path.
"The organization designated by the United Nations as an international terrorist group, the East Turkestan Islamic Movement (ETIM) is not only a direct threat to China's national security and territorial integrity but also endangers domestic stability and the long-term stability and security of Afghanistan," the Chinese embassy statement said.
"China hopes and believes that the Taliban in Afghanistan will make a clean breakthrough with ETIM and other terrorist organizations and take effective steps to crack down on them," China added in the statement.