Chinese Foreign Minister Wang Yi said the Taliban wanted dialogue with governments around the world. He added that the international community should help build the Taliban.
Ummatimes - He conveyed this via a video link at a press conference at a meeting in Iran. Wang said Beijing was ready to host further talks between Afghanistan and neighboring countries on the country's future.
"The Taliban wants to have dialogue with the world. China will host the third meeting of Afghanistan's Neighbors at the appropriate time," Wang said in a statement broadcast live on Iranian television, Wednesday (27/10).
Afghanistan's meeting with its neighbors was attended by the foreign ministers of Pakistan, Tajkistan, Turkmenistan and Uzbekistan. While China and Russia will participate in the video link. 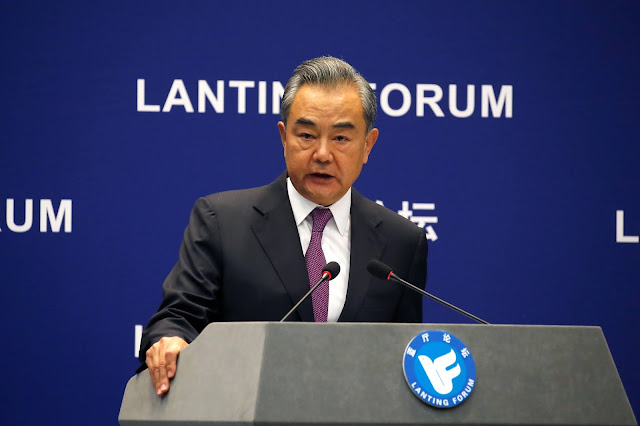 The first such meeting was held in Pakistan last September. Meetings are held to seek long-term peace in Afghanistan. China, which has not fought in Afghanistan, has signaled peace to the Taliban since the group seized power from the Afghan government in August, before the United States withdrew its troops after 20 years of fighting in the country.
The US and Western countries are looking for ways to work with the Taliban to ensure humanitarian aid can continue to flow into Afghanistan without acknowledging their rule. US officials and Taliban representatives discussed humanitarian aid for Afghanistan in Qatar this month. But Washington said the meeting did not mean recognizing the Taliban as the legitimate government.
The United States and Western countries are reluctant to provide funds to the Taliban until the group guarantees it will uphold human rights, especially women's rights. In a press conference in Iran, Iranian Foreign Minister Hossein Amirabdollahian supported the formation of an inclusive government in Afghanistan. His speech was in line with Iran's stance.
Shiite Muslim-majority Iran has been at war with the Sunni Taliban for decades. But in recent years they have been open to meeting with Taliban leaders.
In July Tehran hosted a meeting between representatives of the then Afghan government and top Taliban committee members. Iran has criticized the Taliban for not involving ethnic minorities in government.