Colombia has arrested the country's most wanted drug dealer, Dairo Antonio Usuga, Saturday (23/10). Usuga is a fugitive for over a decade 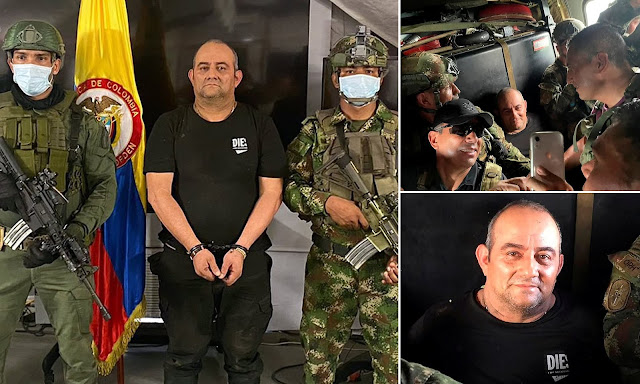 Ummatimes - Colombian President Ivan Duque celebrates the arrest of Dairo Antonio Usuga. Ivan compares it to the arrest of Pablo Escobar three decades ago. The Colombian military also presented Usuga to the media in handcuffs and wearing rubber boots favored by rural farmers.
Authorities say intelligence provided by the United States and Britain led more than 500 Colombian soldiers and special forces members to the Usuga jungle hideout. He was protected by the eight security vortexes.
His arrest is a boost to Duque, whose rhetoric of law and order is not matched by soaring cocaine production. The White House reported that land dedicated to coca production, which is the raw material for cocaine, jumped 16 percent last year to a record 245,000 acres. This number is a level that is two decades unprecedented.
Usuga or better known by the alias Otoniel is the head of the very feared Gulf Clan. His army of assassins has terrorized much of northern Colombia for control of a major cocaine smuggling route through the dense jungles of the north into Central America and into the US.