A rare and deadly bacteria found in an aromatherapy spray product sold at a Walmart store, United States (US). According to the US Centers for Disease Control and Prevention (CDC), the product has been linked to a mysterious outbreak of the bacterial disease melioidosis, which has sickened four people in America this year. 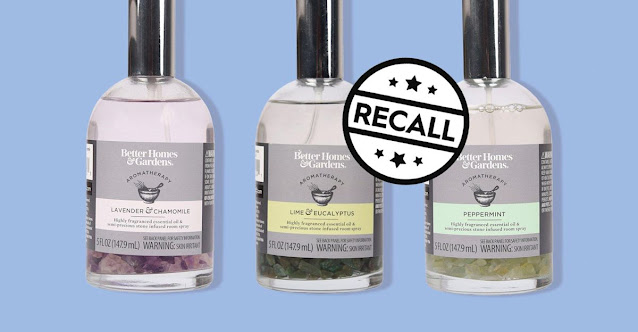 Ummatimes - The outbreak was first announced in August which left researchers wondering. This is because the bacterium, also known as Burkholderia pseudomallei, grows in tropical climates and is most commonly seen in Southeast Asia and Northern Australia.
However, none of the four Americans infected with the melioidosis bacteria have traveled abroad. As many as two of these patients had to die from the disease.
From there, authorities investigated by inspecting the homes of the four patients. They are looking for imported products or anything that could be a source of infection.
In these houses, one of them was found an aromatherapy spray product, named 'Better Homes & Gardens, Lavender & Chamomile Essential Oil Infused Aromatherapy Room Spray with Gemstones. The product was then tested and tested positive for pseudomallei bacteria.
The CDC is also currently conducting tests to determine whether the genetic fingerprints of the bacteria found in the aromatherapy spray bottle are the same as those that made four patients sick. The move would unequivocally link the product to the outbreak.
Authorities are also working to determine whether the other three melioidosis patients might also be using this or similar products. This aromatherapy product is listed for sale at 55 Walmart and the store's website.