The first time the central train on the Tokyo Yamanote Line was stopped for two consecutive days today and tomorrow and JR East called for the use of transfers and movement with various transportation alternatives. 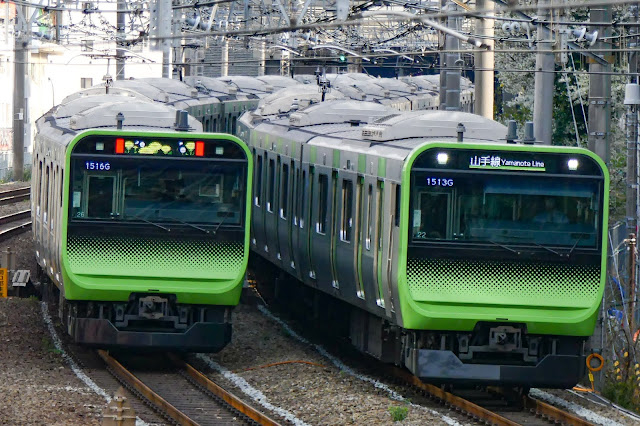 Ummatimes - On the JR Yamanote Line, the passage from Ikebukuro Station to Osaki Station on the inner loop was suspended from the morning of October 23 to the evening of October 24 due to construction work.
JR East has been working to improve Shibuya Station's services for six years, and since the last train on October 22, has relocated the inner ring of the Yamanote Line to expand the platform.
On the morning of October 23, many workers gathered at Shibuya Station to lay the foundations for the widening of the platform and to move the railroads together with the bearings using burs.
Due to this construction, all trains on the Yamanote Line in particular from Ikebukuro Station to Osaki Station via Shibuya Station will be suspended from the morning of October 23, and the suspension will continue until October 24.
JR East has increased the number of trains operating on several lines such as the Saikyo Line, which runs parallel to the suspended section, and transfers are also made to Tokyo Metro and Toei Subway.
This is the first time the Yamanote Line has been suspended for two days, and Takuya Serizawa, head of the large-scale development PT section of the JR East Construction Works Department, said, "We will continue to do so, so please cooperate with all parties. Sorry for the inconvenience."
One of the major service improvements is the integration of the Yamanote Line platform, which is currently divided into inner and outer loops, so that trains in any direction can board from the same platform later.
On the first train on October 25, the inner ring line will be moved to the side from the current platform, and at the same time, the platform will be widened to the width of the movement.
This means that the width of the inner circle of the house that used to be up to 6 meters can now be up to 11 meters.
Starting next year, JR East will remove the outer loop house and expand the inner loop house further to use it as a common home for the outer and inner loop.
The integrated platform is planned to have a maximum width of 16 meters, and JR East is expected to increase transportation convenience, reduce congestion, and secure barrier-free routes in addition to concourse development.
"We have summarized how the suspension of the passage from Ikebukuro Station on the Yamanote Line to Osaki Station will have an impact on the movement," he added.
At the main station of the suspended section, the JR Saikyo Line and the same Shinjuku Shonan Line stop at Ikebukuro Station, Shinjuku Station, Shibuya Station, Ebisu Station, and Osaki Station. So it is an alternative method.
The Shinjuku Shonan Line is operating normally, but JR East will add a total of 120 trains between Osaki station and Shinjuku station on the Saikyo line, and a total of 40 trains between Shinjuku station and Ikebukuro station.
In addition, since Tokyo Metro and other stations also provide transfer transfers, it is recommended to use the Fukutoshin Line or other JR lines, for example when going from Ikebukuro Station to Shibuya Station.
On the other hand, many of the remaining stations in the suspended section have private railway stations nearby. So routes other than JR for example the nearest private train are the main choices.
For example, if you are going to two stations from Ikebukuro Station, you must head to Shinjuku Station on the Saikyo Line and then return back to Mejiro Station or Shin-Okubo Station on the Yamanote Line.
Due to the limited means of rail transportation, the use of other public transportation such as buses and taxis is expected to reduce travel time.
The suspension of some sections of the JR Yamanote Line's inner ring, also relates to universities along the line planning to take entrance exams this weekend. It may take longer than usual to move. So watch out for examinees and have a look at the current JR Yamanote website.
Among those universities is Japan Women's University, which is close to JR Mejiro Station, a comprehensive selection-type advanced examination scheduled for October 24.
Last year, about 300 people from various places took the exam, and the university posted a guide on its website asking for the latest information.
Along the Yamanote Line, Waseda University and Rikkyo University are also planning to hold entrance exams for several faculties and graduate schools, and have called attention to examinees via their websites and emails.