Flash floods occurred in Catania, Sicily, Italy just some time after heavy rains hit the region on Tuesday (27/10). So far, two people have died in the disaster and one is missing.
Ummatimes - According to authorities, the body of a 67-year-old man who was swept away by the current was found in the area of ​​a garden in Sicily. Meanwhile, there is a woman, who is the man's wife until now missing. 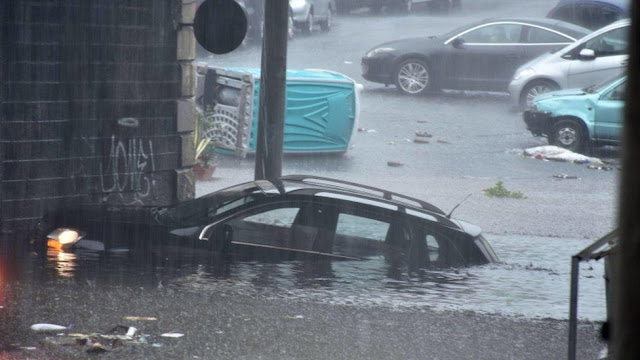 Due to the flash floods that hit Catania, all public areas and shops, or non-essential businesses in the city were asked to close until Thursday (28/10). This is necessary to reduce mobility because the area is in bad weather conditions.
Italian news agency ANSA reported that the plane flying to the airport in Sicily had been diverted to another airport. Meanwhile, the mayor of Catania, Salvo Pogliese said in the last 48 hours, the amount of rain that fell there was like the average throughout the year.
Climate change and unstable conditions due to human activities are said to be factors for natural disasters such as floods that are prone to occur.