For the Destruction of the Turkestan Islamic Movement, China Continues to Hurt the Taliban

For the Destruction of the Turkestan Islamic Movement, China Continues to Hurt the Taliban

China's Foreign Ministry said Monday that Foreign Minister and State Council member Wang Yi will meet the Afghan Taliban interim government delegation during a visit to Qatar on Oct. 25-26.
Ummatimes - The two sides will exchange views on the situation in Afghanistan and issues of "common concern", Chinese Foreign Ministry spokesman Wang Wenbin said after a press conference in Beijing. 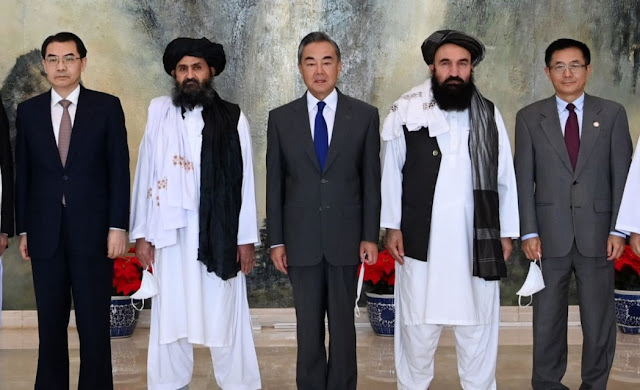 "As Afghanistan's good partner and neighbor, China has always encouraged dialogue and contacts to direct the positive development of the situation in Afghanistan," he said.
In mid-August the Afghan government collapsed as the United States and its allies brought back their troops after 20 years of invading the country, bringing the Taliban to power in a blitzkrieg.
A month earlier, a Taliban delegation met with Wang Yi in the northern Chinese city of Tianjin.
China has since pledged aid to its neighbour, demanding the Taliban to crack down on the East Turkistan Islamic Movement, a group that Beijing considers a threat to stability in the western region of Xinjiang.