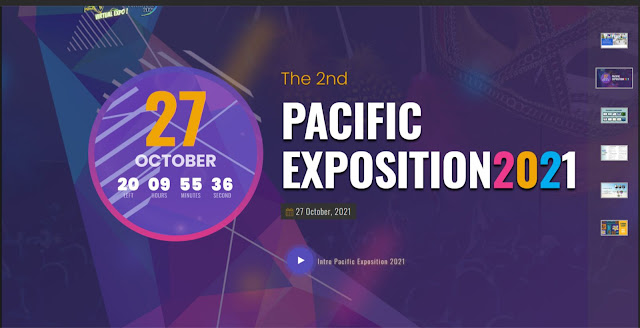 Ummatimes - The Foreign Minister said that Indonesia was the initiator of the formation of the Archipelagic and Island State (AIS Forum) forum.
He explained that this forum is a forum for cooperation between archipelagic countries and small archipelagic countries in the fields of fisheries, marine affairs, climate change.
"There have been several meetings at the ministerial level, we are preparing something bigger for this AIS," said the Foreign Minister.
Indonesia is currently also preparing for the COP 26 meeting on climate change to be held in Glasgow on November 1-2.
Indonesia has also initiated a draft joint communique that affirms the commitment of the AIS countries to strengthen cooperation in facing the challenges that we all face together.
To show Indonesia's seriousness with Pacific countries, the Foreign Minister also outlined the concept of the ASEAN Outlook on Indo Pacific.
With this concept, Indonesia and ASEAN want to turn a trust deficit into a strategic trust, turn rivalry into cooperation, exclusivity into inclusiveness and cooperation between governments that is carried out transparently.
"The ASEAN Outlook on Indo Pacific reflects the paradigm that we want to instill, namely the importance of cooperation to continue to be developed in the Indo Pacific region, including by involving Pacific countries," he said.
The Foreign Minister hoped that holding the second Pacific Exposition on 27-30 October 2021, in a full virtual manner, there would be an adaptation of the focus of cooperation between Indonesia and with Pacific countries.
The cooperation that Indonesia wants to build with Pacific countries includes economic development, climate change, connectivity, tourism and health.
"Some of the priorities for future cooperation with the Pacific can be in the form of strengthening infrastructure, health security, post-pandemic tourism, digital economy, green and sustainable economic development, and of course maritime. This is one of the characters, the marine fisheries sector is the character of the Pacific countries," said the Foreign Minister.