Former Lebanese Prime Minister Hassan Diab on Wednesday, October 27, 2021, filed a lawsuit against the state. The legal move came after he was being investigated by judge Tarek Bitar for his role in the explosion at a chemical warehouse in Beirut port.
Ummatimes - The disaster exactly occurred on August 4, 2020, which killed more than 215 people. Diab was accused of being negligent so that the accident occurred.
Diab's lawsuit came just a day before he was scheduled to be questioned by judge Bitar. With this lawsuit, the judge must temporarily stop the execution of the law on Diab after he was officially notified about Diab's lawsuit. 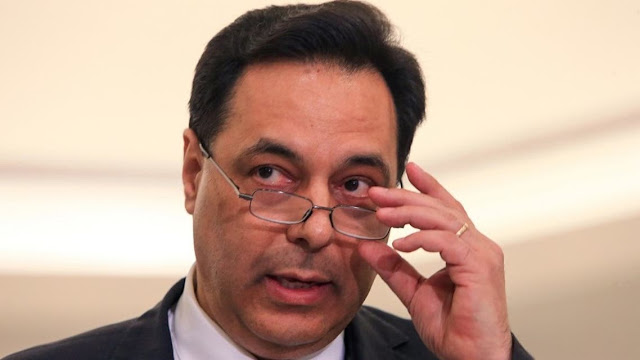 He has twice been absent from the interrogation session by Judge Bitar. However, almost all senior officials in the Lebanese government have refused to testify to the judge. Diab's lawyers declined to comment.
Bitar had previously issued arrest warrants for a number of ministers, who refused to appear to provide information. Nizar Saghieh, a lawyer for Legal Agenda, a watchdog agency, said Diab's lawsuit appeared to be an attempt to prevent her from undergoing interrogation, which is scheduled for Thursday, October 28, 2021.
Diab believes that the judge does not have the authority to execute the law on him, as did a number of former ministers who were indicted by Bitar, who then filed counterclaims and motions for the judge to be removed.
Diab earlier on Tuesday, October 26, 2021, met the Sunni authority Abdel-Latif Derian, who later published a statement that Diab could only be executed by law in a special court formed on the basis of a vote of parliamentarians.