South Korean democratically elected President Roh Tae-woo died on Tuesday (26/10). He is known as an honorable war veteran who played an important role with a controversial side.
Ummatimes - Seoul National University Hospital officials said Roh died at the age of 88. He did not mention the cause of the Spirit's death. However, the former leader's health has deteriorated since 2002 when he underwent prostate cancer surgery and has been hospitalized repeatedly in recent years.
Roh is survived by his wife Kim Ok-sook and their two children. Son Roh Jae-heon is a certified lawyer in New York state and president of the East Asia Cultural Center in Seoul. Meanwhile, daughter Roh Soh-yeong, director of an art museum in Seoul, is undergoing a high-profile divorce trial with Chey Tae-won, chairman of conglomerate SK Group. 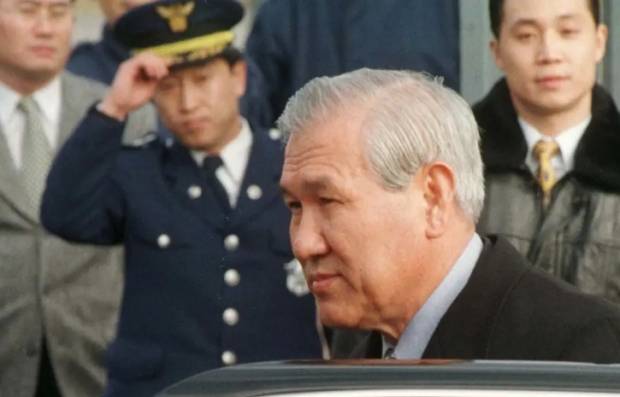 Within decades, Roh went from being a conspirator for a military coup to South Korea's first popularly elected president. He ended his political career with a prison sentence for treason and corruption. "I now feel very ashamed to be a former president," Roh said publicly in a televised apology in 1995 for secretly raising $654 million in illicit funds while in office.
Roh was born on December 4, 1932, the son of a poor farmer in Talsong, near the southeastern city of Taegu. He was first educated at the Korean Military Academy in Seoul and later attended a course on psychological warfare at Fort Bragg, North Carolina.
Roh began his military career during the 1950-1953 Korean War and served as a combat unit commander in the Vietnam War. When former South Korean President Park Chung-hee was assassinated in 1979, Roh supported military classmate Chun Doo-hwan in a military coup occupying the presidential Blue House. Roh was rewarded with a series of government posts.
However, when Chun appointed Roh as his successor ahead of the 1987 presidential election, there was public outcry. Massive pro-democracy demonstrations were held in Seoul and other cities.
In response and to distance himself from Chun, Roh issued the "June 29 Declaration". He announced significant political reforms including direct presidential elections. He campaigned as a man of the little people. In office, he threw away the title of "noble" and opened the Blue House to the public.