Genghis Khan: The Mongol Emperor Who Once Ruled Asia and Europe

Genghis Khan: The Mongol Emperor Who Once Ruled Asia and Europe

The Mongol leader Genghis Khan (1162-1227) was a simple man who sought to establish the greatest empire in history. After unifying the nomadic tribes of the Mongolian plateau, he conquered most of Central Asia and China. His descendants expanded the empire even further, advancing to places as far away as Poland, Vietnam, Syria and Korea.
Ummatimes - At its height, the Mongols controlled between 11 and 12 million contiguous square miles, an area the size of Africa. Many people were massacred during Genghis Khan's invasion, but he also granted religious freedom to his people, abolished torture, encouraged trade and created the first international postal system. Genghis Khan died in 1227 during a military campaign against the Chinese empire of Xi Xia. His final resting place is still unknown.

1. The beginning of Genghis Khan

Temujin, later known as Genghis Khan, was born around 1162 near the border between modern Mongolia and Siberia. Legend holds that he came to the world holding a blood clot in his right hand. Her mother had been kidnapped by her father and forced into marriage. At that time, dozens of nomadic tribes in the grasslands of central Asia were constantly fighting and stealing from each other, and life for Temujin was harsh and unpredictable. Before he was 10 years old, his father was poisoned to death by an enemy clan. Temujin's own clan then abandoned him, his mother and six siblings to avoid having to feed them. 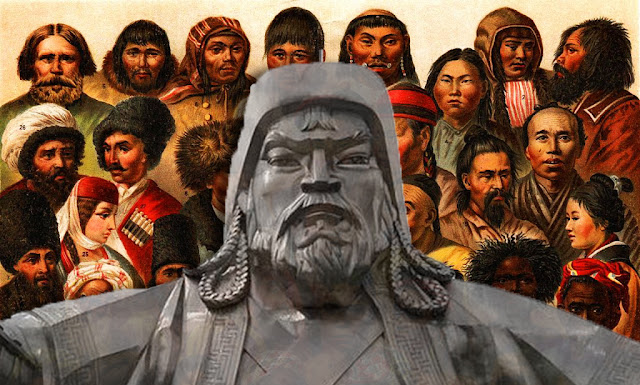 Shortly thereafter, Temujin killed his older half-brother and took over as head of a poverty-stricken household. At one point, he was captured and enslaved by the clan that had abandoned him, but he was finally able to escape. In 1178 Temujin married Borte, who bore him four sons and an unknown number of daughters. He soon began forming alliances, establishing a reputation as a warrior and attracting more and more followers. Most of what we know about Genghis Khan's childhood comes from 'The Secret History of the Mongols' the oldest known work of Mongolian history and literature, written soon after his death.

Against custom, Temujin put people who were more competent than his brother in key positions and executed the leaders of the enemy tribes while incorporating the remaining members into his clan. He ordered all looting to wait until after a complete victory had been won, and he organized his soldiers into 10 units without regard for relatives. 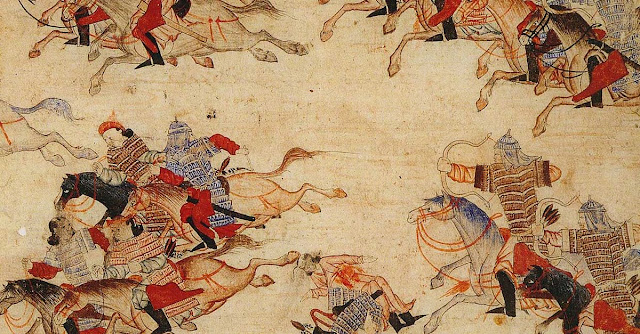 Although Temujin is an animist, his followers include Christians, Muslims, and Buddhists. By 1205 he had defeated all rivals, including his former best friend, Jamuka. The following year, he convened a meeting of representatives from every part of the region and founded a nation about the same size as modern Mongolia. He was also proclaimed as Chinggis Khan, which roughly translates to "Universal Ruler," a name that came to be known in the West as Genghis Khan.

3. Genghis Khan built the Mongol Empire that the world feared

After unifying the steppe tribes, Genghis Khan ruled about a million people. To suppress the traditional causes of tribal wars, he abolished inherited aristocratic titles. He also outlawed the sale and abduction of women, outlawed slavery of the Mongols and made theft of cattle punishable by death. In addition, Genghis Khan ordered the adoption of a writing system, conducted regular censuses, granted diplomatic immunity to foreign ambassadors and allowed religious freedom long before the idea went elsewhere.
Genghis Khan's first campaign outside Mongolia took place against the Xi Xia empire in northwestern China. After a series of attacks, the Mongols launched a major initiative in 1209 which brought them to the doorstep of Yinchuan, the capital of Xi Xia. Unlike other armies, the Mongols traveled without supply chariots other than a large reserve of horses. The army consisted almost entirely of cavalrymen, who were skilled and deadly riders with bows and arrows. At Yinchuan, the Mongols mobilized a fake army, one of their signature tactics, and then carried out a siege. Although their attempts to overwhelm the city failed, the Xi Xia rulers surrendered and paid their respects. 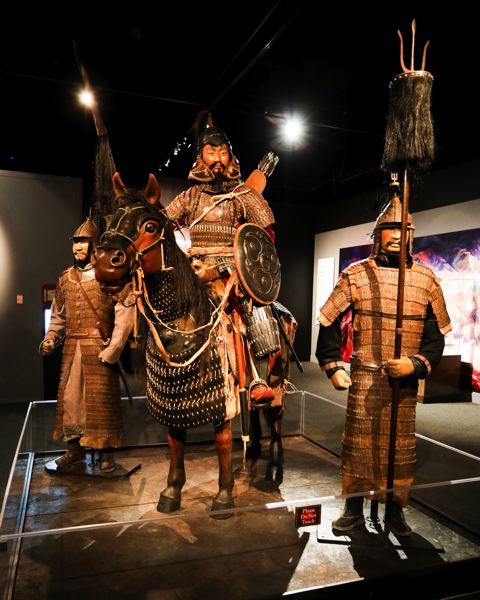 The Mongols then attacked the Jin Dynasty in northern China, whose rulers made the mistake of demanding Genghis Khan's submission. From 1211 to 1214, the outnumbered Mongols ravaged villages and sent refugees to the cities. Food shortages became a problem, and the Jin army ended up killing tens of thousands of peasants themselves. In 1214 the Mongols laid siege to the capital Zhongdu (now Beijing), and the Jin rulers agreed to surrender large quantities of silk, silver, gold, and horses. When the ruler of Jin later moved his palace south to the city of Kaifeng, Genghis Khan considered this an offense.
In 1219 Genghis Khan fought against the Khwarezm Empire in Turkmenistan, Uzbekistan, Afghanistan, and Iran. The sultan there had agreed to a trade agreement, but when the first caravan arrived, his goods were stolen and his merchants killed. The Sultan then killed several of Genghis Khan's ambassadors. Though once again outnumbered, the Mongol hordes swept through the cities of Khwarezm one after another, including Bukhara, Samarkand and Urgench. Skilled workers such as carpenters and jewelers were usually rescued, while nobles and opposing soldiers were killed. Unskilled workers are often used as human shields during subsequent attacks. No one knows for sure how many people died during Genghis Khan's wars, partly because the Mongols propagated their evil image as a means of spreading terror.

4. The death of Genghis Khan and the continuation of the empire

When Genghis Khan returned to Mongolia in 1225, he controlled large swathes of territory from the Sea of ​​Japan to the Caspian Sea. Nevertheless, he did not rest for long before turning his attention back to the Xi Xia kingdom, which had refused to contribute troops to the Khwarezm invasion. In early 1227 a horse threw Genghis Khan to the ground, causing internal injuries. He continued with the campaign, but his health never recovered. He died on August 18, 1227, just before Xi Xia was destroyed.
Genghis Khan conquered twice as many lands as anyone else in history, bringing Eastern and Western civilizations into the process. His descendants, including Ogodei and Khubilai, were also prolific conquerors, taking control of Eastern Europe, the Middle East and all of China, among other places. The Mongols even invaded Japan and Java before their empire broke up in the 14th century. The descendants of the last ruler Genghis Khan were finally overthrown in 1920.
That's a piece of the story of one of the greatest rulers in history. Territory area only lost to Great Britain and became the most influential dynasty.