The German government on Sunday (24/10/2021) has sent hundreds of police personnel to the Polish border. This is related to the existence of patrols carried out by right-wing radical groups who are trying to dispel illegal immigrants entering Germany.
Ummatimes - In recent months, Poland, Lithuania and Latvia have been visited by thousands of migrants from Iraq and Afghanistan seeking a decent life in the European Union. However, the three countries said Belarus and Russia were behind this migrant attack.

Police officers guarding the Polish border managed to arrest as many as 50 right-wing Neo Nazi activists who were patrolling to arrest illegal immigrants. In fact, some of the activists carried sharp weapons, such as batons and sharp weapons. 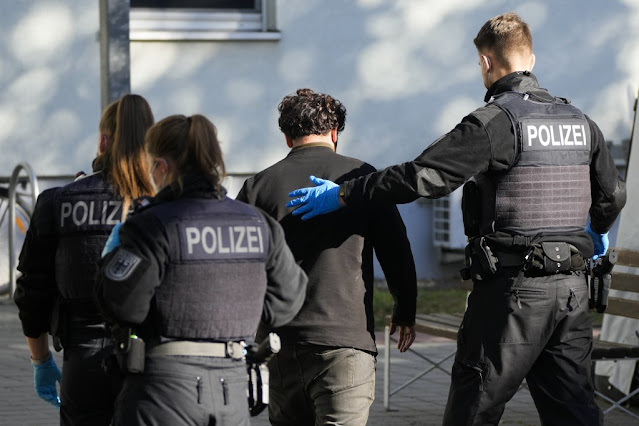 The existence of this right-wing group has forced the police to carry out full-night surveillance, especially in the vicinity of Guben City. It is known that dozens of activists fled as soon as they saw the arrival of the security forces.
Meanwhile, all the weapons used by the activists to repel illegal immigrants have been confiscated and secured by the police. Later, each individual will be further processed regarding the alleged possession of illegal goods, reported from the RT page.

2. There is resistance from left-wing groups in Guben

Quoted from DW, dozens of leftist sympathizers have also gathered in Guben, which is located on the banks of the Neisse River which borders Germany and Poland. They gathered to resist and fight right-wing activists who are on patrol to arrest illegal immigrants.
"We do not want this territory to fall into the hands of Neo-Nazis. We want to send a sign that asylum will continue to exist and defend human rights," said one member of the left-wing sympathizer.
Saxony's Prime Minister, Michale Kretschmer on CNN, on Saturday also condemned the patrols and rejected the existence of right-wing extremist groups. "Germany is a Christian country. We are human beings and we have to treat them like humans. We have to cut out the positions of right-wing extremists," Kretschmer said.

3. 800 police officers have been deployed to the Polish border

On Sunday (10/24/2021) German Interior Minister Horst Seehofer revealed that the number of police officers on the Polish border had been increased by 800 people. "Hundreds of police have been on guard day and night at the location. If needed, later I will prepare troops to be deployed," he added.
In addition, last week, Seehofer said there were no plans to close the border with Poland, but would only strictly control the border. This was done in response to the invasion of Middle Eastern illegal immigrants on the Polish-Belarusian border, CNN reported.
The 72-year-old minister also said that, throughout 2021, 6,162 people have illegally entered German territory from Belarus and Poland. The European Union suspects this is a form of retaliation from Belarus regarding the sanctions imposed, quoted from DW.