A Munich court on Monday (25/10) sentenced a German woman, 30-year-old Jennifer Wenisch, to 10 years in prison. The sentence was handed down after he was found guilty of letting a five-year-old girl from the Yazidi community die of thirst in the sun.
Ummatimes - The sentence, handed down by the Munich Regional High Court, marks one of the world's first court rulings on ISIS' persecution of the Yazidi community. 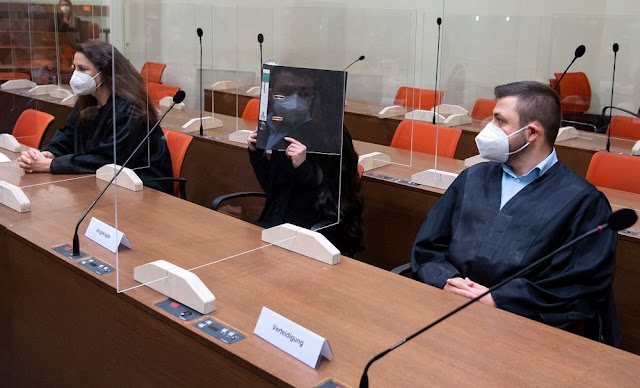 Presiding judge Joachim Baier found him guilty of two crimes against humanity in the form of slavery, aiding and abetting the girl's murder by not offering help and being a member of a terrorist organization.
Wenisch and her husband at the time, and ISIS fighter Taha al-Jumailly allegedly bought a child and a woman from the Yazidi community to serve as domestic slaves. The children and women were taken prisoner while living in Mosul, Iraq, which was occupied by ISIS in 2015.
Federal prosecutors allege Wenisch remained silent as al-Jumailly chained the boy in the yard and left him to die of thirst.
"After the girl fell ill and wet her mattress, the husband of the defendant chained her in the yard as punishment, and allowed the child to die of thirst in the scorching heat," prosecutors said in court, reported by Al Jazeera, Tuesday (26/10).
They called for Wenisch to be sentenced to life in prison. Meanwhile, Wenisch's legal team requested that his client be given a maximum prison sentence of two years.
Judge Baier said the Yazidi child was helpless in the face of the situation. He added that Wenisch had to reckon from the start that the child was dying. "But did nothing to help the girl," Baier said.
Wenisch grew up a Protestant, and converted to Islam in 2013. German media reported that he traveled to Iraq via Turkey and Syria in 2014 to join ISIS. Prosecutors said Wenisch later joined the armed group's command structure.
Prosecutors said that in 2015, Wenisch, a member of the group's moral police, patrolled parks in Fallujah and Mosul looking for women who did not comply with the code of conduct. While on patrol, Wenisch carried an assault rifle and pistol, as well as an explosive vest.