Hong Kong's legislature on Thursday (21/10) passed a law removing local licenses for doctors from abroad. The abolition of the license aims to address a shortage of medical staff amid concerns over future health care standards. 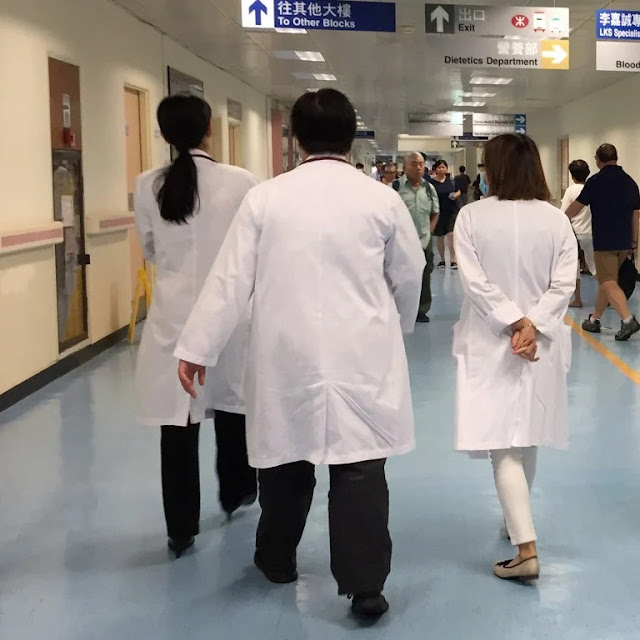 Ummatimes - Some see the law as a move to replace local doctors with doctors from mainland China. Health Minister Sophia Chan said Hong Kong was facing a serious shortage of doctors and the crisis was expected to get very bad in the medium term.
"There is a need to introduce a new way for more qualified non-locally trained doctors to come to Hong Kong, to work in the public health care system, to expand our doctor bank," Chan said. /10).
The council passed a bill to abolish doctors' licenses with 39 votes in favor and one vote against. Chan said most doctors opposed the bill to maintain their standards of work.
"Most doctors are not worried about their jobs being taken, they are against the bill because they doubt whether their levels can be maintained," Chan told the council.
Many countries around the world are facing a shortage of doctors amid the Covid-19 pandemic. But Hong Kong's shortage of medical personnel has been exacerbated by medics who fled the city after the introduction of a national security law last year cracking down on dissent.
The new licensing scheme allows doctors who graduate from abroad to skip the mandatory licensing exam. This compulsory licensing exam has been going on for decades and is seen as one of the most stringent in the world.
Initially the licensing exam was limited to Hong Kong residents who graduated overseas. Even this licensing exam has sparked a backlash among medical circles. They believe the licensing exam will lower the standard of healthcare in Hong Kong, which is one of Asia's leading medical centres.
The ratio of doctors in Hong Kong is two doctors per 1,000 people. This is lower than the average of 3.4 doctors per 1,000 people among countries in the Organization for Economic Co-operation and Development.
Government officials have dismissed concerns about falling health care standards. A special admissions committee will be formed to determine the list of up to 100 medical universities worldwide for professional recognition in Hong Kong. Hong Kong Chief Executive Carrie Lam criticized medics for politicizing government policies.
Tensions between the 80,000 public medical sector and Hong Kong and Beijing officials emerged during anti-government and anti-China protests in 2019. At that time many workers supported pro-democracy causes. Thousands of medics took to the streets to treat protesters injured in clashes with police. They also held demonstrations inside the hospital.
Dozens of health workers have been arrested, including nurse Winnie Yu, who was the former head of the Hospital Authority union. Winnie was arrested under Beijing-imposed national security laws.