IACHR (Inter-American Court of Human Rights) on Monday (18/10/2021) has found evidence that Colombia is guilty of the case against a journalist named Jineth Bedoya. The reason, he was known to be kidnapped, raped and tortured by paramilitary groups while reporting news of the civil war in Colombia. 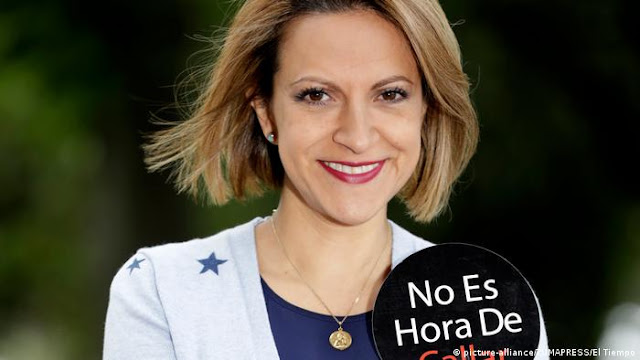 Ummatimes - The Civil War in Colombia, which has lasted more than 60 years, has led to various cases of human rights violations, both from the guerrilla and government forces. In fact, cases of murder and violence related to guerrillas and drug cartels also continue to occur in Colombia.

1. Jineth Bedoya was kidnapped while trying to interview the leader of a paramilitary group

Colombia's conviction in the kidnapping, torture and rape case of journalist Jineth Bedoya was a huge success for him. The reason is, Bedoya has been seeking legal accountability for more than 21 years and has made efforts to fight sexual violence.
In fact, local authorities are known to not be able to carry out an investigation properly. Bedoya finally carried out an independent investigation and received support from the FLIP organization and the Center for Justice and International Law (Cejil).
Bedoya said in a tweet that, "October 18, 2021 became a history of struggle, which initially was only an individual crime to prove the rights of thousands of women victims of sexual violence and women journalists who spent most of their lives working."
Meanwhile, the former El Espectador journalist was kidnapped on May 25, 2000 while outside the Modelo prison in Bogota to conduct an interview with paramilitary leaders. However, she was suddenly taken to a foreign place and then tortured and raped, according to The Guardian.

2. Ivan Duque is willing to follow directions from IACHR

Reporting from Mercopress, Colombian President Ivan Duque then announced that his government would follow directions from the IACHR regarding the Jineth Bedoya issue. At the request of the IACHR, Colombia is required to establish a women's center for victims of sexual violence.
"As President of Colombia, I condemn all forms of violence against women and journalists. The case that happened to Jineth Bedoya cannot be repeated. These words should be used as a directive that actions will be implemented to prevent the same incident from happening again," Duque tweeted. .
On the other hand, the violent incident that befell Bedoya did not just happen once. But there was a second incident in 2005, when he worked for El Tiempo. At that time, he was arrested and held captive by FARC troops who finally agreed to release him after pressure from newspapers and the general public.

3. Colombia admits its guilt for neglecting its investigation

Quoted from CBS News, the mistake made by Colombia in the Bedoya case was related to negligence in carrying out investigations according to the rights of victims of sexual violence. This means that the state has failed to protect the rights of legal guarantees, protection and equality in the eyes of the law.
The Colombian state has also apologized to journalists during a trial in March. This is related to the state's failure to protect Bedoya and her mother, who were threatened with attacks in 1999 and the state failed to investigate the case.
In addition, the Press Freedom Foundation (FLIP) and the Committee to Protect Journalists (CPJ) welcome the IACHR's decision. The reason is, the two organizations said that, "The Colombian government has so far refused to acknowledge and change its responsibilities in this case."