Iran and Its Fear of Chaos in Afghanistan

Iran and Its Fear of Chaos in Afghanistan

Tehran held conferences with Afghanistan's neighbors on the political future and the formation of a new government in the country, but without the presence of the Taliban.
Ummatimes - Iran held a foreign ministerial meeting with neighboring Afghanistan and representatives of Russia on Wednesday (26/10) to discuss the political future and the formation of Afghanistan's new government. Organized by the Iranian Foreign Ministry in Tehran, the conference was attended by the foreign ministers of Iran, China, Pakistan, Tajikistan, Uzbekistan, Turkmenistan and Russia.
Representatives of the "Islamic Emirates" aka the Taliban government "have not" been invited, as reported by Afghan media TOLO News. 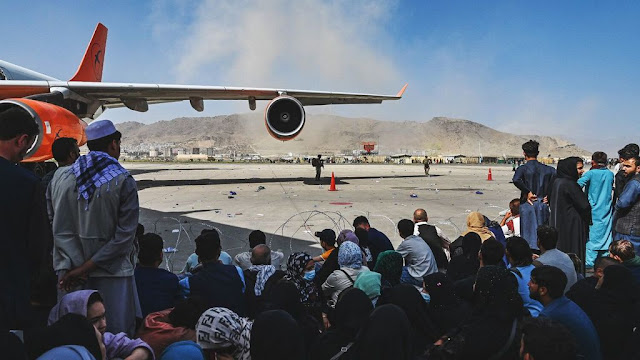 Iran and Afghanistan share a nearly 1,000-kilometer-long border. Therefore Tehran's security interests in Afghanistan are also great.
The border area of ​​Iran's sovereign territory is mainly inhabited by the Sunni minority. While the majority of the Iranian population is Shia. Iran's Sunni minority group has long complained of discrimination by Iranian authorities.
Due to poor infrastructure and a lack of health and educational facilities, these areas on the Afghan border are among the poorest and least developed in Iran.

"Iran wants peace in Afghanistan and does not want violence and terrorism," said Iranian foreign ministry spokesman Said Chatibsadeh last week. Iran supports inclusive governance, in which all political groups are represented. Taliban spokesman Zabihullah Mujahid on Sunday welcomed Tehran's initiative and expressed hope that the outcome would benefit Afghanistan.
The initial euphoria in Iran about the United States' withdrawal from the neighboring country has evaporated, and the mood has changed. "Iran has miscalculated," Fatemeh Aman, an expert on Iran at the Washington-based Middle East Institute, told DW. "The Taliban leadership structure is multi-layered, complicated, not transparent. It makes negotiations with them difficult, and not only for Iran."
Iran had already started negotiations with Taliban representatives prior to the withdrawal of international troops from Afghanistan, possibly in the hope that they would eventually gain influence in the country. The Iranian leadership has also explicitly welcomed the return of the Taliban to power in Afghanistan and called for the rapid formation of a government with the participation of all political groups.

The Shia minority is under pressure

Radical wings, such as the Haqqani network with strong ties to Pakistan, have a clear influence within the Taliban. Sirajuddin Haqqani, one of Jalaluddin Haqqani's sons, who founded the network in the 1980s during the resistance to Soviet occupation, for example, has become Afghanistan's new interior minister. Haqqani is believed to be the mastermind of numerous suicide bombings over the past 15 years and is on the United States Federal Bureau of Investigation (FBI) wanted list.
Last week Sirajuddin Haqqani offered economic assistance, including agricultural land, to the families of the Taliban suicide bombers. The farmland, it seems, will be confiscated from the minority Shia population. Human Rights Watch reported that members of the Taliban expelled members of the ethnic and religious Hazara minority from their villages in Afghanistan's fertile north, to seize their property. Most members of the ethnic Hazara are Shia and they are systematically oppressed by the Sunni Taliban.

This forced takeover policy has further exacerbated disagreements in Tehran over how Iran should deal with the radical Taliban group. Mahmoud Ahmmadi, a member of the National Security and Foreign Policy Commission in Iran's parliament on Sunday tweeted, "where are those who want to [clear the name of] the Taliban and claim that the Taliban have changed?" Ahmmadi's comments were aimed at political groups in Tehran who believe the Taliban have become more moderate and are no longer the radical Islamic movement they were a few decades ago.
"Iran is especially concerned about the possibility of civil war in Afghanistan," said Iran expert Fatemeh Aman. "The long border with Afghanistan is difficult to secure because of its geography. The chaos in Afghanistan can encourage the smuggling of drugs and people, but also weapons and ammunition into areas that feel neglected. As the only way to influence, Iran and neighboring countries are trying to mobilize the Taliban to form an inclusive government with the participation of minorities and women.