Spokesman for the Atomic Energy Organization of Iran (AEOI) Behrouz Kamalvandi accused the UN nuclear watchdog several times of disclosing details of Iran's classified nuclear activities. Kamalvandi said the International Atomic Energy Agency (IAEA) was influenced by a number of world powers.
Ummatimes - Kamalvandi said the IAEA violated its statutes and jurisdiction in its investigation of Iran by disclosing details of Iran's nuclear activities in reports published regularly on their website accessible only to its members. Meanwhile, Kamalvandi said, the IAEA should release a report when there is a 'major development or diversion'.
"Given the repeated incidents of publication of Iranian documents, it seems that this ongoing trend is happening under the influence of certain countries with certain objectives, part of waging psychological warfare," Kamalvandi was quoted as saying by Fars News, Friday (10/29). . 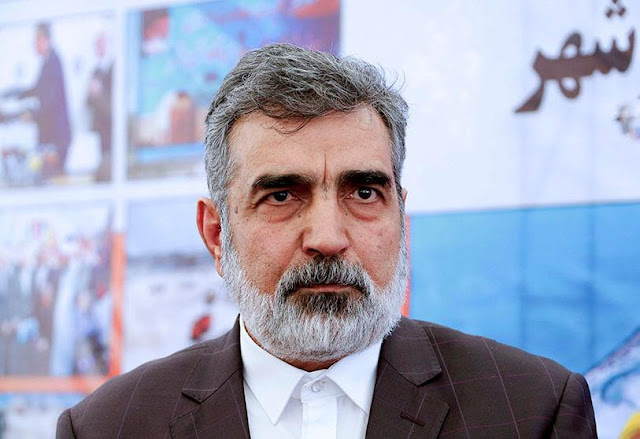 Kamalvandi called the trend of releasing technical details of certain country activities 'unfavorable' without any justification for it. He regretted that the IAEA had done this to Iran 'a long time ago'.
He added that the IAEA does not do the same to other countries. Kamalvandi compared the country's reports on other countries' activities and reports on Iran's energy program.
He stressed that Iran is very transparent in its uranium enrichment activities and avoids any form of diversion. "It seems they published such a report to tarnish it," he said.
Kamalvandi warned Iran may be forced to 'take steps to stop this situation'. Like reconsidering interacting with the IAEA if this situation continues.
Last September, Iran's former ambassador and permanent representative to the IAEA Kazzem Qaribabadi asked the Vienna-based organization to remain impartial and professional. Especially in their report on Iran's nuclear program.
Qaribabadi's remarks came after IAEA chief Rafael Grossi claimed in his report Iran was blocking access to a number of nuclear sites. The IAEA also said Iran continued to increase its supply of enriched uranium above the percentage allowed in the Joint Comprehensive Plan of Action (JCPOA).
Qaribabadi stressed all of Iran's nuclear activities including uranium enrichment in accordance with the Non-Proliferation Treaty. He also stressed that Iran is committed to the JCPOA and maintains the agreement.
"Because the other parties in the JCPOA have not fulfilled their obligations to lift sanctions and the US policy of imposing unilateral and illegal sanctions on Tehran then no one can pressure Iran to stop its nuclear activities," the Iranian diplomat said.
"The IAEA must maintain its independence, impartiality and professionalism. Members of the IAEA should also refrain from putting pressure on the institution and trying to use it as a tool for their own political ends," Qaribabadi said.