Iran's Uranium Enrichment Is Going Far Beyond The Limit

Iran's Uranium Enrichment Is Going Far Beyond The Limit

The International Atomic Energy Agency (IAEA) said Iran had enriched uranium to 60 percent at the Natanz site. The threshold Iran is supposed to comply with is 20 percent.
Ummatimes - The move is likely to help Iran refine its knowledge of uranium enrichment. Such activities are generally condemned by Western countries. However, because this time the product is not collected, it will not immediately accelerate the production of enriched uranium for weapons development purposes.
Based on this, the IAEA intends to increase the frequency and intensity of its security activities at the Pilot Fuel Enrichment Plant (PFEP) located in Natanz. According to the IAEA, last week Iran notified them of changes to the arrangement of centrifuges, namely machines used to enrich uranium, on its website. 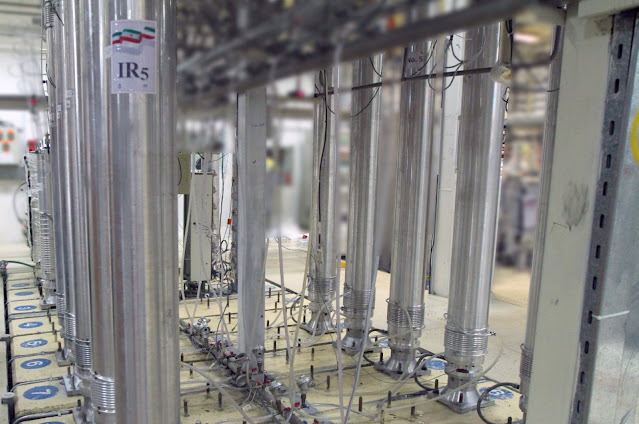 Iran will supply up to 20 percent enriched uranium into a limited number of additional centrifuges without assembling the product. "On October 25, 2021, the IAEA verified Iran began supplying (uranium hexafluoride gas) enriched up to 20 percent U-235 into one IR-6 centrifuge at R&D line 2 at PFEP and that the resulting product and tail streams are being combined," it said. IAEA in its report, Monday (26/10).
According to the IAEA, Iran also plans to supply up to 20 percent enriched uranium into other single centrifuges or cascades, i.e. small to medium sized machines on the same line. However they were not supplied at the time.
Currently, Iran is actually involved in talks to restore the 2015 nuclear deal or the Joint Comprehensive Plan of Action (JCPOA) which has been going on for several rounds in Vienna, Switzerland. However, the talks have not resumed since Iran held presidential elections some time ago.
The JCPOA was agreed in 2015 between Iran and world powers, namely the US, France, Britain, Germany, Russia and China. The agreement regulates restrictions on Iran's nuclear activities or program. In return, foreign sanctions, including an embargo on Tehran, were lifted.
However, the JCPOA cracked and threatened to disband after former US president Donald Trump withdrew his country from the deal in November 2018. Trump views the JCPOA as "defective" because it did not regulate the ballistic missile program and Iran's role in the region.
Trump later reimposed economic sanctions on Tehran. Since then Iran has not complied with the provisions contained in the JCPOA, including regarding uranium enrichment.