Israel plans to build more Jewish settlements in the occupied West Bank. This was announced by the Ministry of Development on Sunday (24/10). 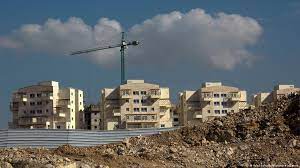 Ummatimes - "Tenders for 1,355 houses in Judea and Samaria have been issued," the Ministry of Development said in a statement.
The tender comes after Israel gave approval for 4,000 Palestinians to register as West Bank residents last week. This is the first step taken by Israel in 12 years of controlling the occupied territory. New Jewish houses will be built in seven settlements.
The new settlements add to more than 2,000 residences in the occupied West Bank. About 475,000 Israeli Jews live in settlements in the occupied West Bank. Under international law, the settlements are considered illegal.
Israel has occupied the West Bank since the Six-Day War in 1967. Since then, Israel has exercised full administrative control over most of the territory. More than two million Palestinians live in the area.
Israeli Prime Minister Naftali Bennett opposes the creation of a Palestinian state and has ruled out formal peace talks with the Palestinian Authority. Bennett said he would rather focus on improving the economy than dialogue with the Palestinians.