Israel has plans to build about 3,000 homes for Jewish settlers in the occupied West Bank. The Civil Administration approved a plan to promote 3,144 housing units in illegal settlements.
Ummatimes - Reported by Middle East Monitor, Thursday (28/10), out of a total of 3,144 housing units for Jewish settlers, 1,344 of them have received final approval. Meanwhile, 1,800 units will be submitted for final approval.
According to Haaretz, 292 units were approved at Kfar Etzion, 286 units at Har Bracha, and 224 units at Talmon. Meanwhile, 105 units at Alon Shvut, 83 units at Karnei Shomron, and 58 units at Beit El.
Human rights groups and the international community have repeatedly condemned Israel's settlement expansion. They said it could hinder the progress of peace with the Palestinians. 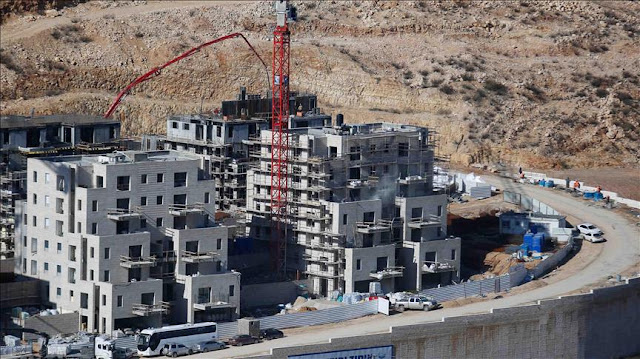 The administration of US President Joe Biden has sent a written protest to the office of Israeli Prime Minister Naftali Bennett, over the decision to allow the construction of 3,000 new settlement units in the occupied West Bank. State Department spokesman Ned Price on Tuesday rejected Israeli calls to build more settlements in the occupied West Bank. He also criticized efforts to retroactively legalize settlement posts in the Palestinian territories.
Asked if Israel would face consequences from the US government for the plan, Price said the US would continue to have diplomacy with Israel. Price added that concerns about the expansion of Jewish settlements in the West Bank had been discussed at high levels of government.
“These are concerns that we have discussed at a very senior level, at the most senior level, with our partner, Israel. Our partners Israel knows where we stand, and we will continue to engage with them in diplomacy," Price said.