Israel: US Could Cancel Consulate Opening in Jerusalem

Israel: US Could Cancel Consulate Opening in Jerusalem

Israel's Deputy Foreign Minister, Idan Roll, said the administration of US President Joe Biden could scrap its plans to reopen the US diplomatic mission in Jerusalem. This cancellation may be done after Israel voiced its opposition. 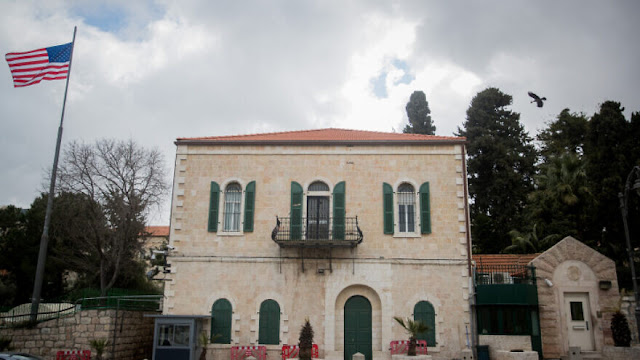 Ummatimes - "I believe I have good reason to think this is not going to happen. America understands the complexities of politics and we have a very good relationship. I don't think they will try to surprise us," Roll said.
A spokesman for the US Embassy could not immediately be reached for comment on the Israeli statement. Earlier, US Secretary of State Antony Blinken reiterated Washington's plans to reopen the consulate general as part of efforts to improve Palestinian relations. However, Blinken did not provide certainty when the consulate office would open.
The reopening of the US consulate could weaken Israeli nationalist Prime Minister Naftali Bennett and weaken his fragile cross-partisan government. Israel's Foreign Minister, Yair Lapid, warned that reopening Washington's consulate general in West Jerusalem was a bad idea.
"It would send the wrong message, not only to the region, not only to Palestine, but also to other countries and we don't want this to happen," Lapid said.
The US consulate general was closed by former president Donald Trump in 2019. The closure came when Trump moved the US Embassy from Tel Aviv to Jerusalem and recognized the contested city as the capital of Israel. The consulate function is then combined into the embassy function.
Trump's actions sparked widespread backlash among Palestinians. They have since cut off diplomatic contacts with the US. US President Joe Biden is committed to prioritizing rapprochement with the Palestinians.