Alibaba Group founder and billionaire from China, Jack Ma, traveled to a number of research institutes in the Netherlands to fulfill his interest in agricultural technology. The Hong Kong newspaper South China Morning Post (SCMP) reported on the visit based on reports from people involved in the trip.
Ummatimes - Ma has rarely made public appearances after he publicly criticized China's regulatory system in a speech last year. His business empire is under intense scrutiny by regulators and his $37 billion IPO of fintech affiliate Ant Group has been temporarily suspended. 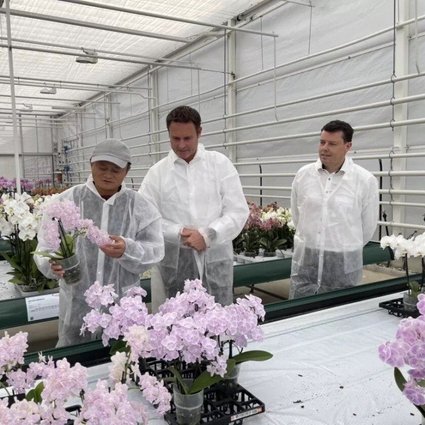 Ma, who is very well-known in China and often gives seminars on entrepreneurship, will appear in Hong Kong in October 2021. There, he meets a number of food business people. He then reportedly flew to the island of Mallorca in Spain. It was MA's first overseas trip since he clashed with Chinese regulators.
SCMP announces that if nothing goes wrong, Ma will continue his trip to see a number of companies in Europe and research institutes in the field of agricultural infrastructure and plant maintenance.
Ma strongly believes that combining the technology he is researching with Alibaba's cloud computing, big data analysis and artificial intelligence, can help modernize Chinese agriculture. Previously on September 1, 2021, there was a photo of Ma visiting a number of greenhouses in the eastern region of Zhejiang province.