President Joko Widodo (Jokowi) said the efforts of the G20 member countries could be an example of cooperation in handling climate change. Handling requires the cooperation of all parties.
Ummatimes - "Indonesia wants the G20 to set an example, Indonesia wants the G20 to lead the world in working together to tackle climate change and manage the environment sustainably with concrete actions," said Jokowi at the second session of the G20 Summit with the topic 'Climate change, energy and the environment' in La Nuvola. , Rome, Italy, Sunday, October 31, 2021.
Jokowi said the G20 must be a catalyst for green recovery. And ensure that no one is left behind. 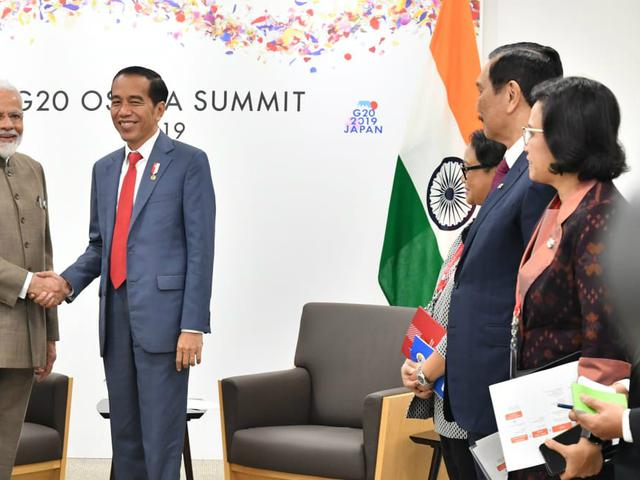 "Climate change management must be placed within the broad framework of sustainable development," said Jokowi.
The Head of State said that the handling of climate change must move forward in line with the handling of various other global challenges. Such as poverty alleviation and the achievement of the Sustainable Development Goals (SDGs) targets.
"I understand, as one of the owners of the largest tropical forests in the world, Indonesia has a strategic meaning in dealing with climate change. We use this strategic position to contribute," said Jokowi.
Jokowi explained that deforestation in Indonesia could be reduced to its lowest point in the last 20 years. Indonesia has also rehabilitated 3 million hectares of critical land in 2010-2019.
Indonesia also targets "Net Sink Carbon" for the land and forest sector by 2030 and "Net Zero" by 2060 or sooner. The "Net Zero" area has begun to be developed, including the construction of the "Green Industrial Park" in North Kalimantan covering an area of ​​13,200 hectares, which uses renewable energy and produces green products.
"Good governance at the global level for the implementation of carbon pricing needs to be urgent, in order to be in line with the objectives of the Paris Agreement and provide incentives for private participation by taking into account the capabilities and conditions of each country. Currently, Indonesia is in the final stages of finalizing regulations on carbon pricing to support compliance commitment to target NDCs," said Jokowi.