Jordan condemned Israel's announcement of plans to build 1,355 settlements in the West Bank, Sunday (24/10) local time. According to the Palestinian neighbour, the construction is a violation of international law. 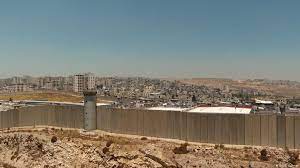 Ummatimes - "Settlement construction and general confiscation of Palestinian land is illegal," said Jordanian Foreign Ministry spokesman Haitham Abu al-Ful as quoted by Al Jazeera, Monday (25/10).
The new settlements add to more than 2,000 residences in the occupied West Bank. About 475,000 Israeli Jews live in settlements in the occupied West Bank. Under international law, the settlements are considered illegal.
Israeli Housing Minister Zeev Elkin said the Zionist vision of strengthening the Jewish presence in the West Bank was very important. Palestinian Prime Minister Mohammad Shtayyeh called on other countries, especially the United States (US) to confront Israel for the aggression caused by the construction of settlements for the Palestinian people.
Anti-occupation group Peace Now said Israel's announcement on Sunday proved Bennett's diverse ideological coalition replaced former prime minister Benjamin Netanyahu's pro-settlement government. According to them this is not a government of change.
"This government is clearly continuing Netanyahu's de facto annexation policy," Peace Now said. The group called on Naftali Bennett's left-wing government partners, the Labor Party and Meretz to wake up and demand that illegal construction in settlements be stopped immediately.
A political scientist at Bar Ilan University, Moshe Hellinger, said right-wing factions in Bennett's eight-party coalition needed to show their voters that they were defending their interests despite being in a leftist coalition. "Maintaining the coalition, which includes the Israeli party, will require all parties to swallow bitterly," he said.
Prime Minister Naftali Bennett is the former head of a settler lobby group. He opposes Palestinian statehood. He has also ruled out formal peace talks with the Palestinian Authority. Bennett said he would rather focus on improving the economy than dialogue with the Palestinians.
Residential Expansion
Shortly after the settlement announcement, the defense ministry said it issued an additional 9,000 permits for Palestinians in the West Bank to work in Israel's construction industry. In addition, the goal is to add 6,000 more permissions immediately.
About 120,000 Palestinians currently have permits to work either in Israel or in settlements. Palestinians generally earn significantly higher wages than equivalent work would be paid in the occupied West Bank.
According to an Israeli statement, new homes will be built in seven settlements. The expansion of Israeli settlements in the annexed West Bank and East Jerusalem has continued under every Israeli government since 1967.
However, construction has accelerated in recent years under Netanyahu. This is accompanied by a significant explosion during the US administration of former president Donald Trump who Palestinians accuse of horribly pro-Israel bias