North Korea is reportedly facing a food crisis. To overcome this, Kim Jong Un's government made various efforts including printing coupons as replacement money to breeding ornamental black swans to eat.
Ummatimes - North Korea has been forced to innovate to cope with the economic downturn and food shortages due to border lockdowns during the protracted Covid-19 pandemic, South Korea's intelligence report presented in a closed session of parliament, Thursday, October 28, 2021.
With the harvest season ending, international observers say North Korea's food and economic situation is in jeopardy, and there are signs that the country is increasing trade and receiving large shipments of humanitarian aid through China. 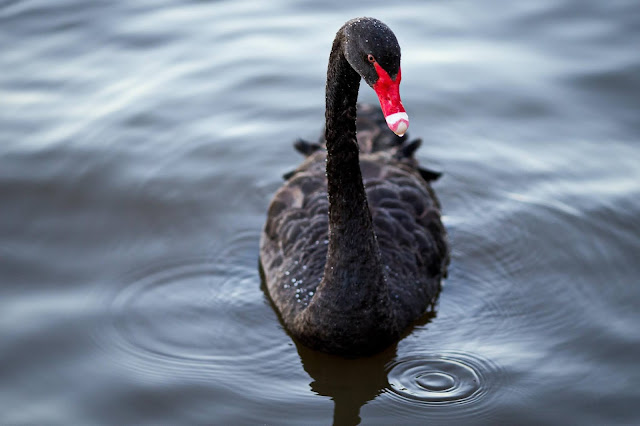 South Korea's intelligence agency revealed that North Korean leader Kim Jong Un ordered that every grain of rice be secured and an all-out effort be devoted to agriculture, lawmakers said at the briefing.
South Korean intelligence assesses that this harvest may be better than last year's due to the sunnier weather, and says North Korea is taking steps to reopen its borders with China and Russia in the coming months, lawmakers told reporters.
North Korea has long suffered from food insecurity, exacerbated by international sanctions over its nuclear weapons, natural disasters and now the Covid-19 pandemic, which prompted an unprecedented border lockdown.
Kim Jong Un has acknowledged the "stressful" food situation and apologized for the sacrifices citizens have had to make to prevent the coronavirus outbreak.
But he also said the economy had improved this year, and North Korea disputed a report by UN investigators this month that said thousands of its most vulnerable people were at risk of starvation.
North Korea has not officially reported a single case of the coronavirus. UN agencies say North Korea has recently started allowing aid shipments, and figures released by China show a slow increase in trade.

According to various media outlets citing unidentified sources in North Korea, the central bank has printed coupons worth $1 due to a shortage of North Korean won notes.
Rimjin-gang, a Japan-based website operated by North Korean defectors, reported the coupons had been in circulation since at least August, partly because paper and ink for the official currency no longer came from China.
The shortage of the won may also be exacerbated by the government's crackdown on the use of foreign currencies, particularly the US dollar and the previously widely used Chinese renminbi, Seoul's NK News said.
Reuters could not independently confirm the use of the coupon.
This week North Korean state media promoted the consumption of black goose meat as a valuable food source, saying that newly developed industrial-scale breeding would help improve people's lives.
"Black goose meat is delicious and has medicinal value," the ruling party newspaper Rodong Sinmun said Monday.
Research into breeding ornamental animals for food began in early 2019, and authorities have told schools, factories and businesses to grow food crops, raise fish and other animals to increase self-sufficiency, NK News reports.
"To overcome the failure of large-scale agriculture and provide adequate food supplies throughout the country due to restrictions related to Covid-19 which caused the cessation of supply of imported food and other materials since early 2020,"